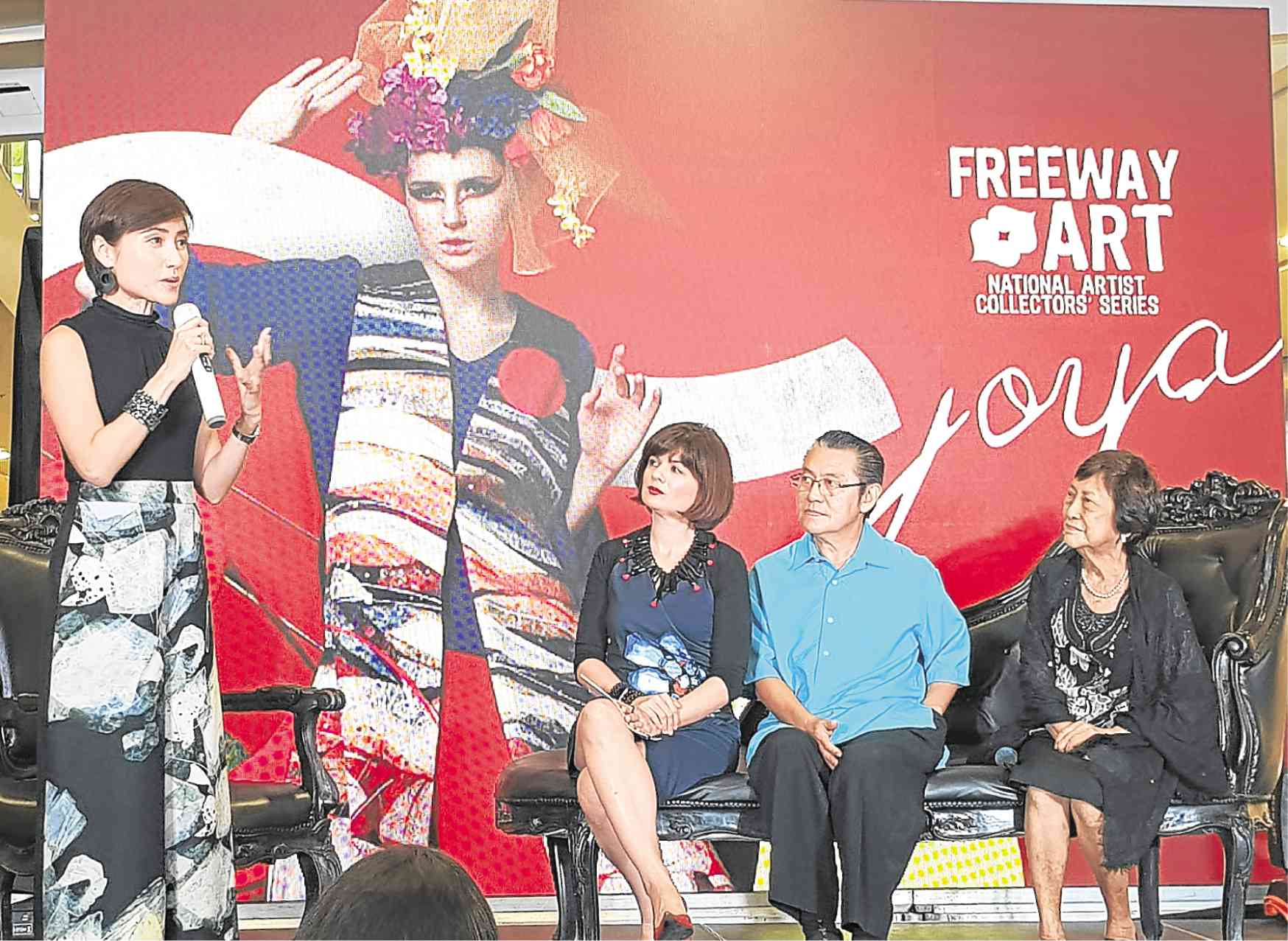 Fearless, influential and inspirational are just a few words to describe the artist José Joya, whose legacy has never been more evident today what with the launch of Freeway’s latest National Artist Collectors Series.

The 40-piece collection, which was unveiled during a fashion show at Glorietta in Makati, drew applause from collectors, critics and media—a clear testament to Joya’s timeless artistry. The sublimation to graphic tees, tailored vests, casual blouses and accessories bearing Joya’s select works are now available at Freeway and The Row branches, www.freeway.ph and online partner Zalora.

Josie Joya-Baldovino spoke about her brother during the launch, highlighting the late artist’s sense of humor, generosity and willingness to help those in need.

“He always contributed his paintings to help raise money for charity,” Baldovino said. “He is able to influence a lot of young artists today but back then he would always go to the province to search for hidden talent and give artists the opportunity to gain exposure. I hope that more successful artists today would also extend a helping hand to young artists.”

Foremost critic and an artist in his own right, Cid Reyes shared how everyone in the art community held “Dean Joya”—in reference to his time as dean of the University of the Philippines College of Fine Arts—in high esteem.

“There’s tremendous respect given to him,” Reyes said. “We, as young artists, saw in him qualities that at our age, we didn’t have. He had the frivolousness to be not afraid and to confront one’s art, to discover who you are.”

Reyes added Joya was the greatest influence in his decision to become an artist, specifically an abstract painter.

“During the time, the dominant art was representational and Dean Joya, although he went through that phase, felt he could express himself more powerfully through the language of abstraction,” Reyes said.

Baldovino said there were lessons she learned from her brother that would benefit artists today.

“It is not enough to have talent, have the discipline to meet the deadline,” she said. “Never be selfish, be able to share the fruits of your labor and be kind to those who are struggling because it’s very hard to get to the top.”

The Freeway tribute is icing on the cake to what has been a remarkable year for Joya and his family. In the León Gallery auction last March, his 1959 work, “Space Transfiguration,” was bought by an anonymous bidder for a record-setting P112 million.