The Australians putting the brakes on fast fashion, fearing for environment | Inquirer Lifestyle 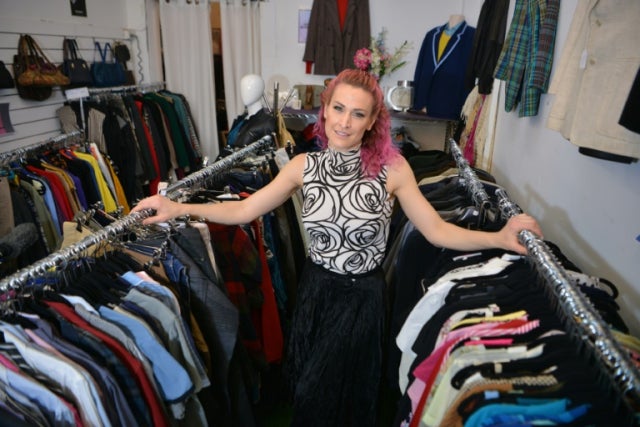 The Australians putting the brakes on fast fashion, fearing for environment

In a small shop along one of Sydney’s busiest streets, Sarah Freeman is encouraging Australians to slow down and break their addiction to fast fashion.

Shocked by the speed at which Australians buy and throw away cheap garments, she is trying to harness an ancient concept — libraries — to persuade shoppers to rent instead of purchase clothes.

“Today’s society just seem to wear clothes like condoms. They wear them once and they throw them away,” the passionate vintage-garment lover told AFP at her Clothes Library in the inner suburb of Potts Point.

“That’s not how clothes are supposed to be designed. The clothes nowadays are manufactured for six wears, I think, which is terrible.”

Globally, clothing production doubled from 2000-2014, with the number of garments bought each year by consumers soaring by 60 percent, according to consulting firm McKinsey & Company.

A booming part of the industry, including in Australia, is fast fashion, where catwalk designs are quickly turned into apparel sold at low or ultra-low prices and easily accessible via online sites.

In Australia, where the demand for textiles is one of the highest per capita in the world, the fast fashion sector grew by 19.5 percent over five years to Aus$1.8 billion (US$1.4 billion) in 2017-18, research firm IBISWorld reported.

A recent YouGov survey also found that almost a quarter of Australians have thrown away an item of clothing after wearing it just once, and four in 10 admitted they had binned unwanted garments, adding to landfill.

“They don’t always see it as something that is a valuable product to keep in your wardrobe,” Alison Gwilt, a sustainable fashion expert and researcher at the University of South Australia, told AFP.

“So already the mindset from the very beginning when you buy that type of product is that you think of it as something that’s short-lived.”

“Some products only last two or three washes, which is not favourable… The volume they get through here is usually increasing, because people are turning over products in their own home more quickly,” Blakely said.

The rock bottom prices for consumers contrast with the high cost paid by the environment.

Tons of cheap clothes are churned out every year in developing countries, using up copious amounts of energy and resources and polluting waterways near factories with toxic chemicals.

The materials used are often synthetic and non-biodegradable, meaning even washing can be hazardous, with some textiles shedding plastic micro-fibers that make their way to water catchments and oceans in consumer countries like Australia.

In recent months, the devastating impact of waste has made headlines after China, Australia’s biggest market for recycling waste, cracked down on foreign imports.

Beijing’s restrictions on “contaminated” recycled materials including fabric have forced Australians to think about how much waste they produce and galvanized efforts to explore more sustainable approaches.

Retailers including major player Cotton On are pledging to make their manufacturing chains transparent and ethical.

At Melbourne’s Deakin University, researchers won support from Swedish mega-retailer H&M to develop “circular denim”, where old jeans are used to color new ones, reducing the impact on landfills and of dye run-off.

St. Vincent’s has joined the efforts at the recycling level, examining better ways to sort donated clothes into different fiber types and repurpose garments to extend their life-cycle.

“We have to become a lot… smarter and really use technology to try and break things down into their base form so that things can actually be reused and we can become a true circular economy,” the charity’s retail development manager Jacqui Dropulic told AFP.

Although the efforts could lead to significant change within the fashion industry, Giles-Kaye believes the key to solving the issue ultimately lies with consumers and their desire for even quicker and cheaper clothing.

“It’s still very much a fringe movement… When consumers continue to want more product at a lower price it really drives the producers into less sustainable areas of manufacturing,” he said.

Freeman is convinced that if concepts like hers where shoppers can borrow and return good-quality second-hand clothes for a small monthly subscription fee catches on, people power can make a difference in a positive direction.

“Hopefully it will catch on and people will start being more conscious and just make an effort to not go out and purchase the fast fashion items,” she said.

“I mean if we stop demanding it, then they (retailers) have to stop supplying it.” NVG

Are designers overproducing in fast-fashion system?