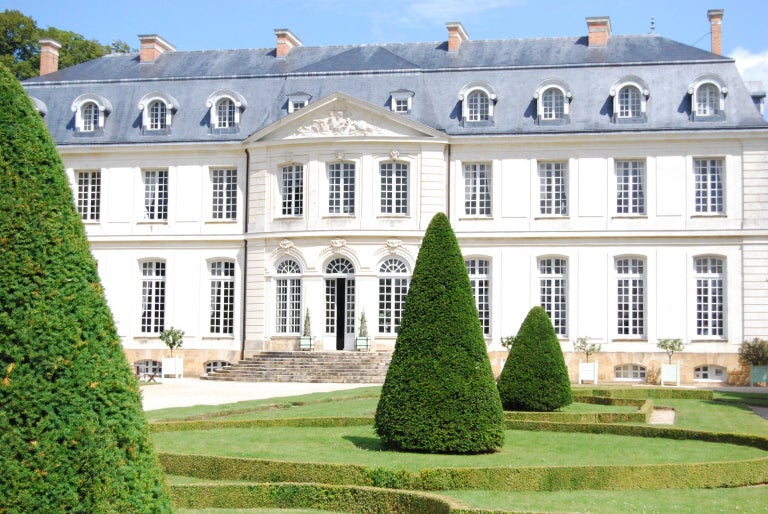 [Editor’s note: As of Aug. 23, 2018, the photo of the establishment in this article has been updated after the announcement for correction made by AFP Relaxnews.]

An 18th century château in France’s Loire Valley that has hosted everyone from Mozart and the Brothers Grimm to Jean-Jacques Rousseau, Denis Diderot and Voltaire, key architects of France’s Age of Enlightenment, is set to throw open its gates next year as a boutique hotel.

In 2019, the Hotel Château du Grand-Lucé will open as a luxurious hotel thanks to its new owner, American entrepreneur Marcy Holthus, who became the castle’s châtelaine in 2017.

When it starts hotel operations next summer, the property will feature 17 guest rooms, two apartments and a boutique spa.

Spanning 45,000 square feet, the walled castle was one of the few such structures to survive the French Revolution completely intact and stands as a stunning example of neoclassical architecture.

Throughout time, the castle has served as the countryside retreat for some of the most important thinkers of the Age of Reason and sheltered British soldiers during the First World War.

It also served as a safehouse for some of France’s national treasures. During the Second World War, important paintings from the Louvre were transported to the Loire Valley and hidden from pillaging Nazi soldiers under the stage of the castle’s theater room.

Rooms are outfitted in lush period pieces and antiques that reflect the castle’s history, while acres of manicured gardens evoke another French château, Versailles.

The Loire property marks the second luxury acquisition for Holthus, who is hoping to become a new player in the boutique hotelier world with the launch of Pilot Hotels.

Guided by mottos similar to those espoused by groups like Small Luxury Hotels of the World and Relais & Châteaux, Pilot Hotels will seek to develop historically and architecturally significant properties “for the new noble” class.

For now, the brand includes the Loire Valley property and the Washington School House Hotel in Park City, Utah, which opened in 2011.

In Uganda, ‘Rolex’ means time — for an eggy snack