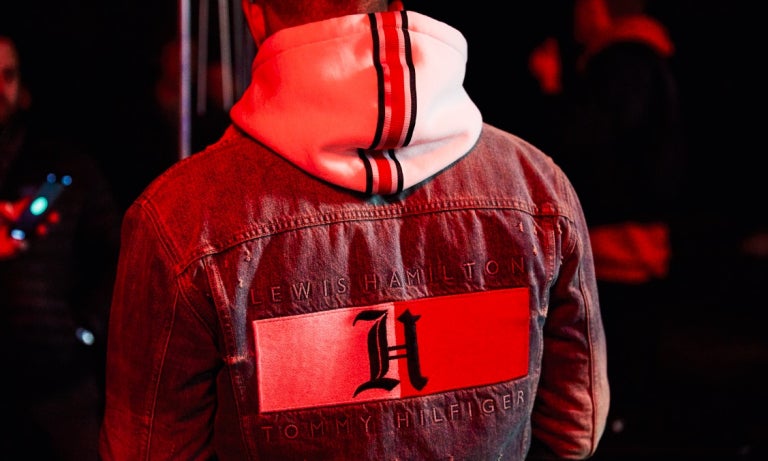 Tommy Hilfiger has unveiled the first installment of his collaboration with Formula One racing champion Lewis Hamilton.

The United States fashion designer has teamed up with the athlete, who was unveiled as his Tommy Hilfiger label’s newest global ambassador back in March, on a TommyXLewis Fall 2018 capsule collection. The series, which will premiere at its upcoming “TommyNow” fashion show in Shanghai, can now be previewed at tommy.com, before going on sale on Sept. 1.

Inspired by Hamilton’s lifestyle, the collection draws on everything from the sportsman’s personal wardrobe to his lucky number 44. The pieces in the series are branded with a logo composed of the brand’s flag and Hamilton’s initials, recreated in the same color and font as his body art. The sportswear-inspired series also nods to Tommy Hilfiger’s all-American aesthetic, blending hockey sweaters and tracksuits with parkas and greatcoats.

“Creativity is one of the most important aspects of our lives,” Hamilton told his seven million followers on Instagram, announcing the new drop. “Today, I am proud to share my first ever capsule collection with @tommyhilfiger. Designing this has been an ultimate form of self-expression with each detail meticulously created.”

Hamilton is one of several recent celebrity coups for Hilfiger, who also announced models Winnie Harlow and Hailey Baldwin as global brand ambassadors for womenswear back in May. The designer also famously teamed up with supermodel Gigi Hadid on a high-profile collaboration that saw the fashion icon create four seasonal collections with the brand, drawing to a close in Milan this February. JB

Kate Hudson has a new fashion line in the works