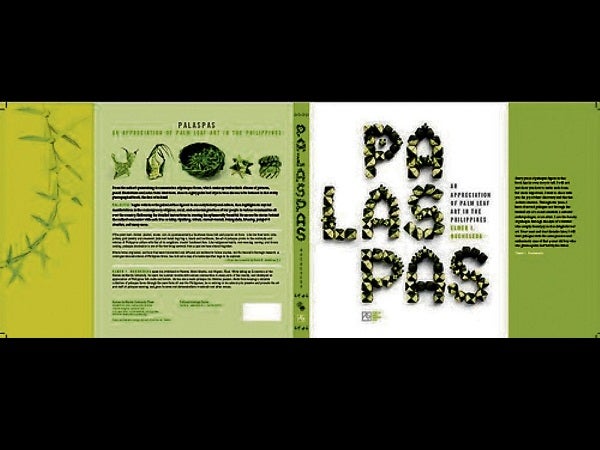 Weaving history and culture in ‘Palaspas’ 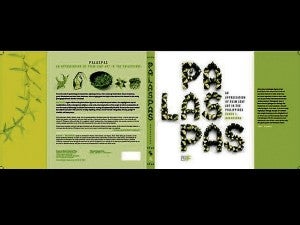 For most of us, palaspas is an ordinary adornment made of palm fronds used during Palm Sunday, but what we do not know is that such an ordinary adornment is an intricate weaving of a way of life, an indigenous aesthetics and even a philosophy. Elmer Nocheseda, in his book “Palaspas: An Appreciation of Palm Leaf Art in the Philippines,” talks about palaspas that has figured in our early history and culture, in various religious, social and economic practices all over the country.

Nocheseda’s fascination with palaspas started with a palm-leaf ball given to him by his father when he was four years old.  From then on, his curiosity has grown into a passion, collecting different kinds of palaspas and learning from the sellers and folks how to make them.  He noted, for instance, that a rectangular pouch made of palm frond is called patupat in San Carlos, Pangasinan, as well as in Abra Province and Santiago, Isabela.  He noted how these patupat were used as sinublan, or large vats, to hold boiling sugarcane juice.

In Lingayen, he was taught by a 7-year-old girl to make patupat casings.

“I was prepared to learn just one but she readily showed me three kinds,” said Nocheseda. “With sure and dexterous fingers, she made the basic pouch using four strips, then a more intricate one using eight strips and, finally, a knotty jumble of sixteen strips! She was most patient when I repeatedly asked her to stop weaving at a certain point, unravel the folds and repeat the step as slowly as possible.”

The amazement Nocheseda experienced while learning how to make patupat had translated into his own patience and perseverance as he traveled and documented palaspas forms that eventually became 12  thick albums of pictures, pencil illustrations and notes from interviews, and close to 80 palm-leaf objects.

This richly photographed book becomes not only a documentation of the history of palaspas but also a manual on how to do the various weavings, foldings and cuts to make decorations.  Nocheseda’s book is not just an appreciation of palm-leaf art because, as a manual, it tries to relive, contemporize and appropriate this forgotten practice. As a cultural history, the book looks into various ethnographic and historical references like the Vocabulario de la Lengua Bisaya, Relaciones, and the works of Francisco Alcina, Vidal Gucor, Ignacio Mercado, Robert Lane and Luther Parker.

Fr. Rene Javellana commented in the foreword that the palm leaf is quintessentially a Southeast Asian folk and popular art form. Javellana believes that where forms originated and how they were transmitted and diffused are matters for future studies, but for him, Nocheseda’s thorough research, a catalogue raissoné almost of Philippine forms, has laid out a map of a landscape that begs to be explored.

“Palaspas” is a winner of National Book Award 2009 and the Emerging Author Award from Cardinal Sin Catholic Book Awards 2010. It is published by Ateneo de Manila University Press.