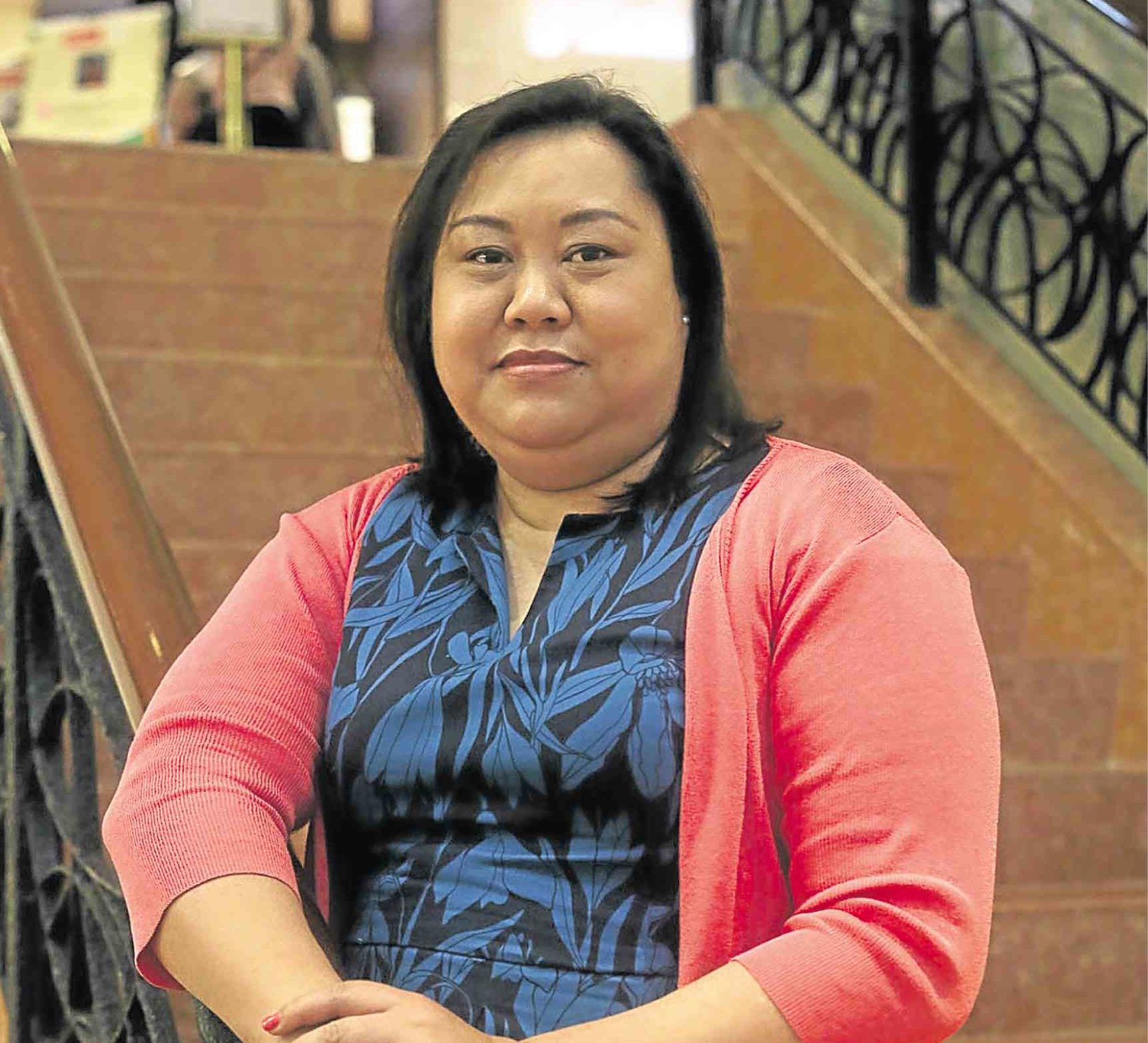 Kristyn Maslog-Levis, author of “The Girl Between Two Worlds” —RICHARD A. REYES

KM Levis’ journey to Engkantasia and back

Don’t expect Neil Gaiman, master of monsters and the mysterious, to write about Filipino folklore.

“I really LOVE the myths and the monsters of the Philippines. But you also have many terrific writers who can do a better job of telling those stories than I can,” the “Sandman” author wrote on Twitter. It was in response to a fan who asked about the possibility of Gaiman writing about bathala (gods), diwata (fairies) and kapre (tobacco-smoking tree demon).

Enter Kristyn Maslog-Levis, who embraces the beauty of Filipino folklore—manananggal and all. Her debut novel, “The Girl Between Two Worlds” (Anvil Publishing, 2016), is about Karina, a girl living in the United States, whose supernatural powers manifest on her 16th birthday. Her grandfather (the King of Engkantasia) appears on her doorstep and helps Karina wield her powers to ward off monsters and prevent the war between the human and the mystical world.

“When my daughter was born I had this desire to preserve the stories that my parents told me when we were kids,” Levis told Super. The Filipino-born writer based in Sydney was in the motherland for the Philippine Readers and Writers Festival where she talked about “Writing About Home Away From Home,” held at Raffles Makati.

“Mama’s stories were more (about) heroes, she probably thought there’s enough monsters in the comics and the TV,” Levis added.

Levis grew up in the 1980s, at the height of Hiwaga and Shocker Comics’ popularity, and devoured Filipino classic thrillers like “Dayuhan,” “Zuma” and “Regal Shocker.” The 1988 film “Tiyanak” was the source of her worst nightmare: a serial killer baby-like creature (“anak ni Janice!” Levis said).

“It was something that we loved. I don’t know why, we were 5 or 6. I wouldn’t let my daughter watch that when she was that young, but it was that kind of entertainment that we grew up to.”

Tikbalang, sirena, nuno sa punso are among the creatures that will be encountered in “The Girl Between Two Worlds.” In fact, before the first chapter are a few instructions when encountering an engkanto (forest spirit)—like saying “tabi po” when walking in a forest, or wearing a shirt inside out when you can’t find your way home.

Online references about Filipino folklore was scarce, but Levis’ knowledge about the monsters were sufficient. The writing, however, was not easy. It took the freelance journalist/full-time mom five years to complete her manuscript. Every day, Levis allotted 20-30 minutes of writing, in between household chores, mommy duties and work.

Getting the manuscript into book form was a challenge as well—publishers were doubtful that a book that had “monsters that slurp babies from tummies” falls into the young adult genre.

Her final stop was Anvil’s call for submissions. “I was this close to giving up,” Levis said.

Seven months later, hopeless about her chances and in the process of self-publishing her novel, Levis got word from Anvil that her manuscript is accepted. “The Girl Between Light and Dark,” the sequel of her first novel, was released this year.

Levis’ 9-year-old daughter, Inara, is a voracious reader. The book was written for her and she’s a big fan of the series.

“When she finished the two books she came up to me and she said, ‘Mom you are amazing, they are amazing mommy. You’re not only useful, mommy, you’re also talented,’” Levis beamed. “I can tell you, I can die now. I’m done. I’ve inspired her. That’s it. I’ve done my work. Whatever happens now, I’m fine with it.”

Levis wanted the novel to also be a folklore handbook to Filipino children immigrants like Inara. On the chapter opening of “The Girl Between Two Worlds” are some news clippings, letters, sketches and descriptions of supernatural creatures from Engkantasia.

Context and information were second nature to the former ABS-CBN reporter. At 20 and fresh from school, Levis covered conflict, politics and military in Mindanao for the network.

The rain was pouring during the interview and photo shoot, news broke that the parking level of a Marikina mall had been flooded. Our photographer, Richard Reyes, had a storm to chase.

It was a situation Levis was familiar with. She recalled her fair share of rushing into action—bomb threats, rebel insurgencies and literally running to a burning neighborhood. “There’s an expectation that if you’re a journalist you have to at least almost die once,” Levis said.

Since moving to Australia, Levis had retreated from the camera and worked in the background, first as a subeditor of a magazine, then a photographer, radio broadcaster and a creative director for a social media and digital marketing agency.

Does she miss being on TV?

“Not really,” she said. “News was quite rigid, stick to the format… I was really looking for a creative outlet.”