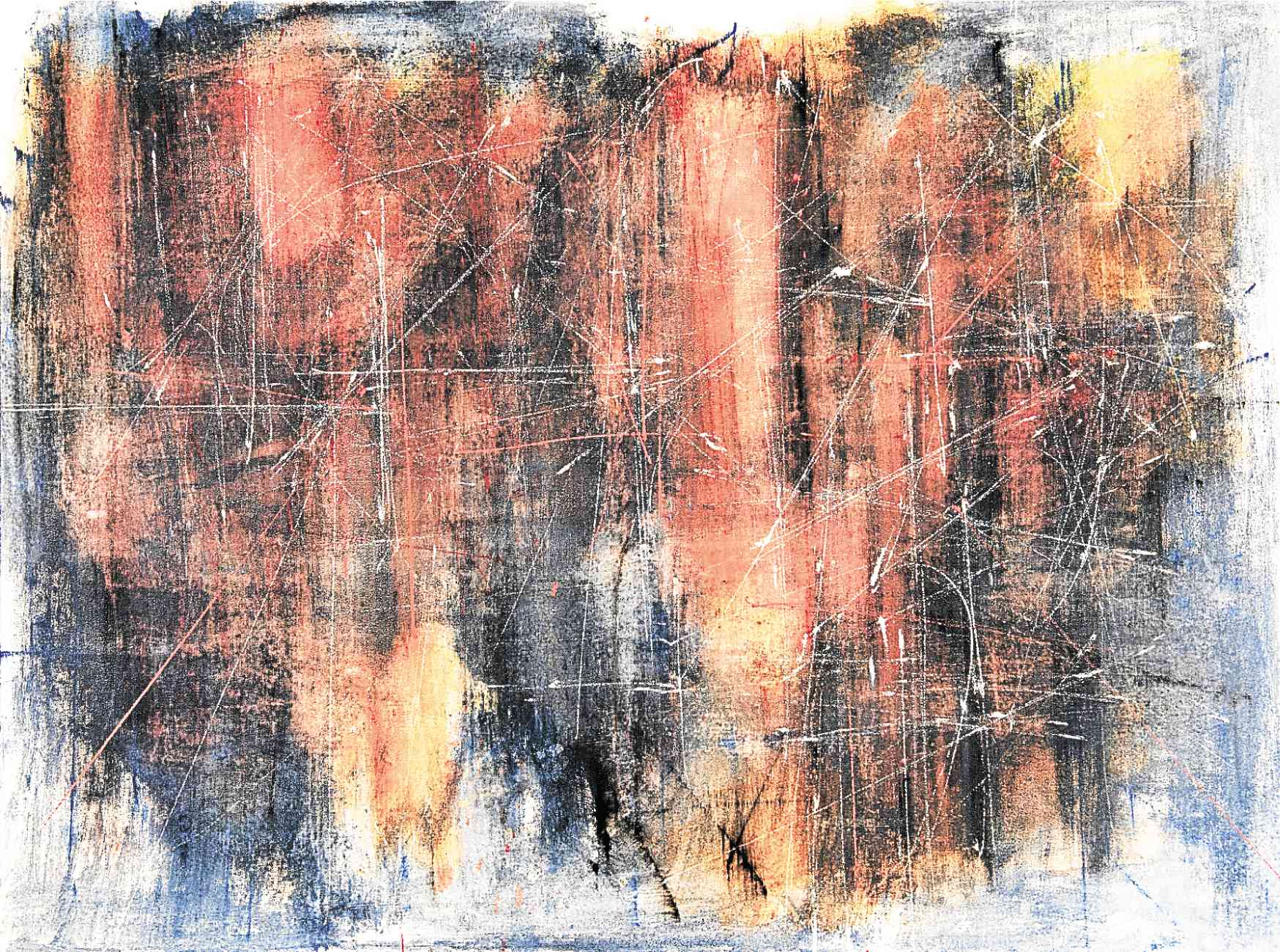 A very rare work from abstract pioneer and modern master Fernando Zobel’s famous “Saeta” series, among those originally exhibited in the legendary Philippine Art Gallery (PAG) in 1958, will be auctioned off by León Gallery during its Magnificent September Auction on Sept. 8.

“Saeta 52,” or “Pared Madrileña,” signed and dated 1958, bears a certificate of authenticity issued by Zobel’s confidante Rafael Perez-Madero. This painting will be included in the forthcoming catalogue raisonné of Zobel that will be published in Spain, said León owner Jaime Ponce de León.

Provenance of the painting is from the old PAG, the pioneer modern art gallery established by Lydia Arguilla. “Saeta 52” was exhibited as part of the show, “Schneidman Sculptures/Zóbel Paintings,” on Feb. 8-17, 1958.

“León Gallery is very privileged to sell one of the most beautiful ‘Saetas’ by Zobel,” said Ponce de León. “Perez-Madero, the long time collaborator and authority on Zobel, (rates the work) as a 10 out of 10. As we all know, the most coveted works of Zobel are from the 1950s and more so they were all done in the Philippines.”

“This work went to a very important private Spanish collection. Having been kept in Spain, the work is in excellent condition.”

In the best-selling “Iberia: Spanish Travels and Reflections,” American author James Michener calls Zobel a “talented Filipino … and one of Spain’s major artists.”

Perez-Madero said the “Saeta” works were the outgrowth of Zobel’s experience in the United States when, “having witnessed the rise of American abstract expressionism in situ,” he became convinced “that nonfigurative art of a deep and lasting quality was indeed possible.”

The theme that governed the works was “movement,” said Perez-Madero. To translate movement into painting, Zobel might have drawn from his medical studies and instead of a brush, used surgical glass syringes “to control the long, fine lines he traced on the canvas.”

Although inspired by the abstract expressionists, “his paintings do not project the same dramatic expressionism,” said Perez-Madero. “Instead, they convey a serenity more conducive to contemplation than to opinion.”

Perez-Madero said Zobel started to take up Chinese painting lessons in 1958, around the time of the PAG show. But the exhibit was held in February and “Saeta 52” had been finished the previous month. To be sure, it hardly bears the calligraphic succinctness or Zen-like minimalism of Zobel’s later works, made when he had already imbibed oriental art traditions.

“Saeta” may literally mean “arrow” or “dart,” figures of which may be prominent in the paintings; they’re objective correlatives to movement.

But Zobel may also be referring not to geometric figures, but to the “saetas” of Spain, the liturgical songs to lament the passion and crucifixion of Christ usually performed during Semana Santa (Holy Week), especially in Sevilla.

Michener himself describes in “Iberia” spending Semana Santa in Sevilla, and on Good Friday in Sierpes, the street where the traditional religious procession of exquisite, highly dramatic Baroque icons of Christ and his passion was held, suddenly finding himself struck by the piercing cry of a woman singing a “saeta” from the balcony overlooking the crowd:

“‘O Dios!’ she cried, and all movement along the pathway stopped … and when the throng was silent she launched into the most strange and impassioned song I had ever heard. She had a deep effect upon the emotions of those who listened, for her voice alternated between throaty cries of pain and soaring evocations of ecstasy. She … (poured) forth a personal song of devotion to Jesus Christ, and her performance was so powerful that all in Sierpes, marchers and witnesses alike, paid her the homage of silence … The woman had been chanting a saeta (arrow; in plural, ecstatic religious outcries), which would be heard throughout the city on this day. My Spanish friends (told) me that such songs were spontaneous outbursts of persons overcome by religious experience … A great saeta, well sung, is something one can never forget.”

It’s not remote that Zobel might have been referring in “Saeta” to the liturgical chants for Holy Week, especially since he had executed a suite of representational works celebrating Catholic festivals of the Philippines.

Alternatively titled “Pared Madrileña,” “Saeta 52” may refer to the Semana Santa as held in the Spanish capital or to its ancient walls. “Pared” means “wall,” so “Saeta 52” may be a song of lament for the ancient Walls of Madrid (Roman, medieval, Moorish or Christian), which have been disappearing since the 19th century in the eager rush to modernity, especially through what is called in Spain as “ensanche” or simply “road-widening.” In fact in the 1950s, there were public debates in the Spanish press about what to do with the walls so as to give way to roads and ease traffic.

“Saeta 52” appears to evoke in stark colors and cryptic lines the fading if not the toppled old glory of Madrid’s ancient walls. It’s a very expressive, highly dramatic expressionist work.

Filipinos rediscovering their Hispanic heritage would definitely relate with Zobel’s “Saeta 52,” as they witness how road-widening projects of the Department of Public Works and Highways demolish ancient bridges and other heritage structures in Cavite, Laoag and elsewhere. Such heritage terrorism deserves a saeta and piercing lament all to itself.