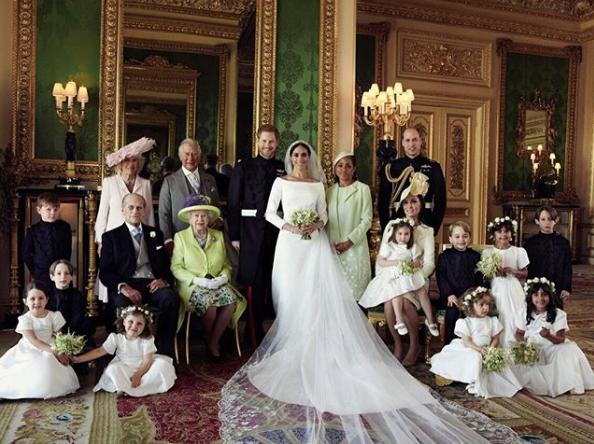 Guess who’s the favorite British royal of the palace staff?

Although being in the British royal family isn’t a popularity contest, the public has made it known who their favorites are—for instance, Princess Diana was dubbed the People’s Princess.

But what about the staff who serves the blue-blooded family on a daily basis? According to actor Matt Smith in a Variety interview, there is a special fondness among palace staff for Prince Philip, who he played in the first two seasons of Netflix’s “The Crown.”

“One of the interesting challenges for me was that I felt there was a sort of a misconception and a preconception about him, which reduced him a bit,” he said of playing Queen Elizabeth II’s consort in his younger years. The Queen is portrayed by Claire Foy.

Prince Philip has earned a reputation for his unfiltered comments and temper, and the picture that “The Crown” paints — as a womanizer, as resentful of the royal family — isn’t pretty.

But Smith, 35, sees him differently. “Actually all the research I did found him to be brilliantly funny, very clever, very popular. In the royal house, he’s the most popular of all of them.”

“If you’ve talked to any of the staff, Philip’s the one they all love really. I think more than a lot of them, he’s a bit more of a man of the people,” he explained.

He said the fact that Philip has acted rebelliously towards some royal protocol has earned him points with the staff, along with being friendly toward staff members.

Despite his known public behavior and alleged affairs, Smith believes Philip is good for the Queen.

“They’re still together. He’s still with her. She still loves him. Have you seen the way she looks at him? That’s what’s interesting about it. They are the royal family, but they are human beings and I think he took on a lot,” he said in the interview.

“I’m not saying he went about everything in the right way because I don’t think he did,” he clarified, adding that he wanted an honest portrayal of the consort in season 2 where he seemed self-centered.

“But also underneath that, I think he has a huge respect and admiration and love. If there was a war he’d be right by her side. And I think she knows that, and I think most importantly he really makes her laugh,” he said.

Smith clearly admires the British monarch and her husband: “There’s this amazing picture we had in our makeup truck of him telling her a joke and you can see that she’s just cackling with laughter. I think that’s so, so telling.”

As for how the show has changed public perception of the British royals, Smith said, “I think it’s been pretty good PR for the royal family, to be honest with you. And Meghan [Markle] can play Meghan!”

The historical drama is based on Peter Morgan’s film “The Queen” and stage play “The Audience.” The six-season series begins in the 1940s, from the Queen’s wedding in 1947 up to the present day. The third season began production in July 2018 and will feature Olivia Colman and Tobias Menzies, who have taken over Foy’s and Smith’s roles.  Niña V. Guno /ra