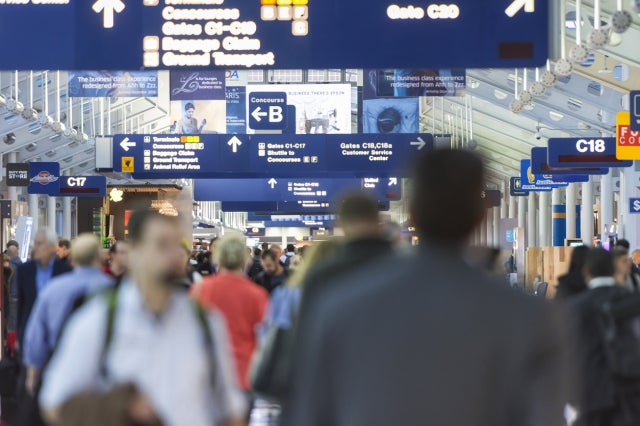 About 16.5 million passengers are projected to fly in the US this Labor Day weekend. Image: Kivilcim Pinar / AFP

An estimated 16.5 million flyers are set to take to the skies on the final holiday weekend of the summer in the United States.

According to Airlines for America, Labor Day weekend will see a nearly four percent spike in air travel this year compared to 2017, when 16 million passengers flew on an American airline over the same holiday period.

Flyers traveling August 31 may want to give themselves extra time to get to the airport and pass through security, as Friday is expected to be the busiest travel day of the week with an estimated 2.76 million flyers poised to board a U.S. airline.

After Friday, Thursday, August 30 and Monday September 3 are expected to be the second and third busiest days of the long weekend.

“2018 has been an exceptionally busy year for air travel, with 20 out of the 25 busiest days ever recorded by the Transportation Security Administration occurring so far this year,” said vice president John Heimlich in a statement.

“Record numbers of travelers are taking to the skies in large part due to widespread affordability, with inflation-adjusted fares in the first quarter of 2018 averaging 8 percent, or $30, below Q1 2010.” AB

Paris steps up fines against apartment owners over holiday rentals