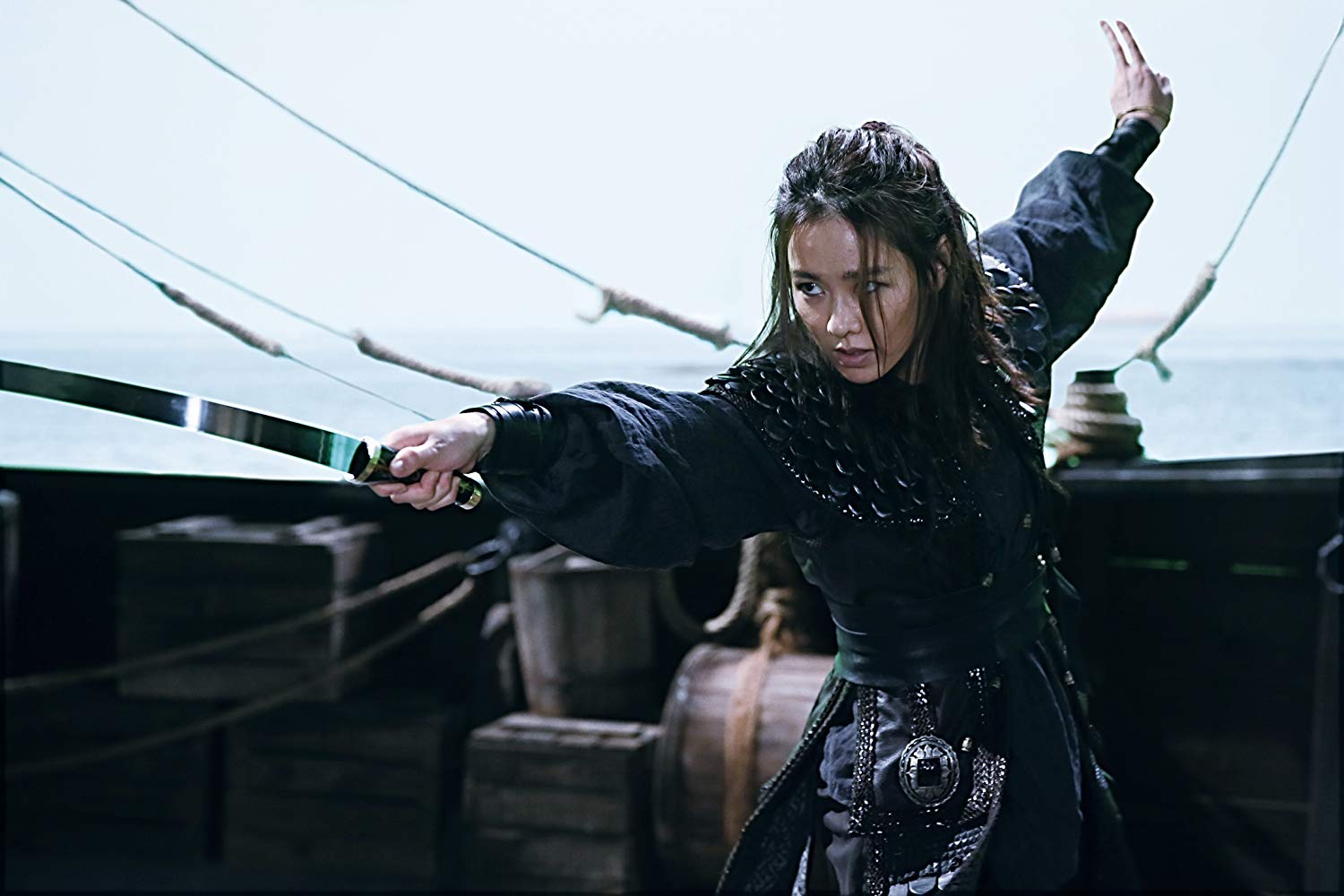 There will be no romcoms at the 2018 Korean Film Festival, which for now shelved the meet-cutes of oppas and eonnis despite the genre’s mass appeal.

But don’t despair, Hallyu fans. The K-cinema showcase more than makes up for the lack of romance with five blockbusters that have instead embraced the Korean peninsula’s past.

This festival lineup—thematically dubbed “Time Travel”—tells us just how much our East Asian neighbor is willing to push the boundaries of filmmaking for the sake of history, heritage, and offering perspectives about how the past can shape the present.

The 2018 edition kicked off Wednesday (Aug. 29) with a screener of the swashbuckling epic “The Pirates,” whose director, Lee Seok Hoon, flew to Manila especially for opening night.

A domestic box-office hit, “The Pirates” is in good company with “Nameless Gangster: Rules of Time” (2012), a crime thriller about the ’90s Busan underworld; “Assassination” (2015), about 1933 Korean resistance fighters plotting against their Japanese colonizers; “Dongju: The Portrait of a Poet” (2016), a biopic of the WWII poet Yun Dong Ju; and the medieval Korea-Japan war epic “Warriors of the Dawn” (2017).

Set during the infancy of the Joseon Dynasty, Lee’s film is 130 minutes packed with action and adventure, and there’s a good dose of laughter to further offset the serious business of putting history into celluloid.

Speaking through a translator, the 46-year-old guest filmmaker told Super that comedy was a staple in his earlier films, among which was the 2012 commercial hit “Dancing Queen.” Lee said adding that signature touch not only expanded the audience for the 2014 film but also allowed him to take advantage of artistic license.

And why not go all out when finances aren’t a problem?

“The Pirates,” Lee’s first foray in the big-budget leagues, gave him the chance to film a major plot point of his country’s origins while applying creative techniques that rendered magnificent (CGI) whales, gritty swordfights, gravity-defying stunts.

And then there’s the ocean—because what are pirates and their ships without the vast waters—playing a big part in a historical epic, which, according to Lee, was a feat in a film industry that had none like it before.

Another special guest on opening night, Film Development Council of the Philippines chairperson Liza Diño, applauded Korean cinema’s inspiring qualities. Her agency has been a strong supporter of the Korean Film Festival, which turned out to be the appropriate venue for her to deliver the latest fantastic news.

In a brief but vibrant speech, Diño said: “KCC is bringing Korean cinema here in the Philippines to inspire and look for audiences beyond Korea that will appreciate Korean films. That is also the goal that we have for partnering with Busan International Film Festival (BIFF), a platform for Philippine cinema to be seen by the world, by a global audience, so that they can see how beautiful and rich our cinema is.”

The result of that partnership is the BIFF Special Program titled “Centennial Anniversary of the Philippine Cinema – Cinema as a response to the nation,” created in honor of our film industry’s 100th anniversary (in 2019). The Special Program’s highlight is a retrospective of 10 films, including those by Lino Brocka, Ishmael Bernal, Lamberto Avellana, Mike de Leon and Marilou Diaz-Abaya.

It’s an exciting prospect, really, to show off the gems (that’s plural, take note) of Philippine cinema to a global audience—and soon, perhaps, have them swoon for Filipino heartthrobs and be invested in Filipino love teams, too.

In the meantime, while the Korean film fest is ongoing here, audiences can indulge in watching the brightest K-wave stars on the big screen, including Choi Min-sik (of “Oldboy” fame), Jun Ji-hyun (from “My Sassy Girl”), Ma Dong-seok (who was memorable in “Train to Busan”) and, one of the best dramatic actresses in the region, Son Ye-jin.

In fact, Son is particularly bad-ass in the plum role of reluctant captain to a band of pirates in Lee’s film. The director even said Son tried to do all her stunts though “The Pirates” was her very first action project.

So, if you’re still reeling from the pain and heartbreak the actress had gone through in some of her more recent roles, like the Korean royal who spent a lifetime barred from her home country in the “The Last Princess” and the pretty noona who’s actually unable to openly buy food for her much younger beau in the K-drama “Pretty Noona Who Buys Me Food” (alternative title “Something in the Rain”), we highly suggest jumping aboard her “Pirates” ship as it sails at the 2018 Korean Film Festival.