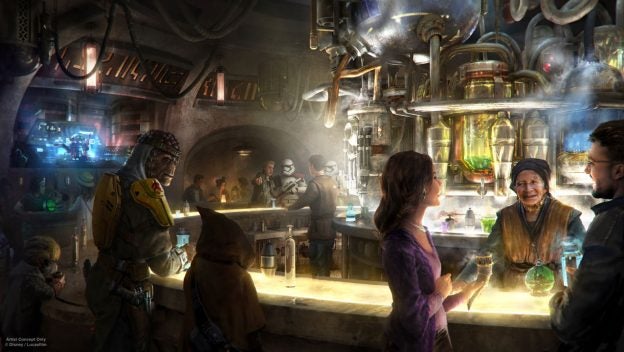 The generally wholesome Disneyland parks will start serving cocktails, thanks to new attractions inspired by the “Star Wars” universe.

The new attraction will be called Oga’s Cantina and will be part of the bigger Black Spire Outpost attraction. Disney decided to add cocktails to the menu as a way to better immerse visitors into the world of pilots, bounty hunters, and smugglers, according to a statement.

Portfolio creative executive for Walt Disney Imagineering, Scott Trowbridge, clarified that the cocktails will be non-alcoholic in nature. He said as a response to an inquiry that they are developing specialty drinks “that will include creatively themed custom cocktails, and proprietary beer and wine options.”

Beyond the special drinks, visitors will get to meet all kinds of creatures in the cantina, each with its own tale to tell with regards to life in the galaxy far, far away. The establishment itself will be run by an alien proprietor named Oga Garra.

Meanwhile, entertainment for guests will be handled by a former Star Speeder 3000 pilot named RX-24. The droid has had a career change and re-envisioned itself as a DJ. A similar droid appeared in episode “Droids in Distress” of animated series “Star Wars Rebels.”