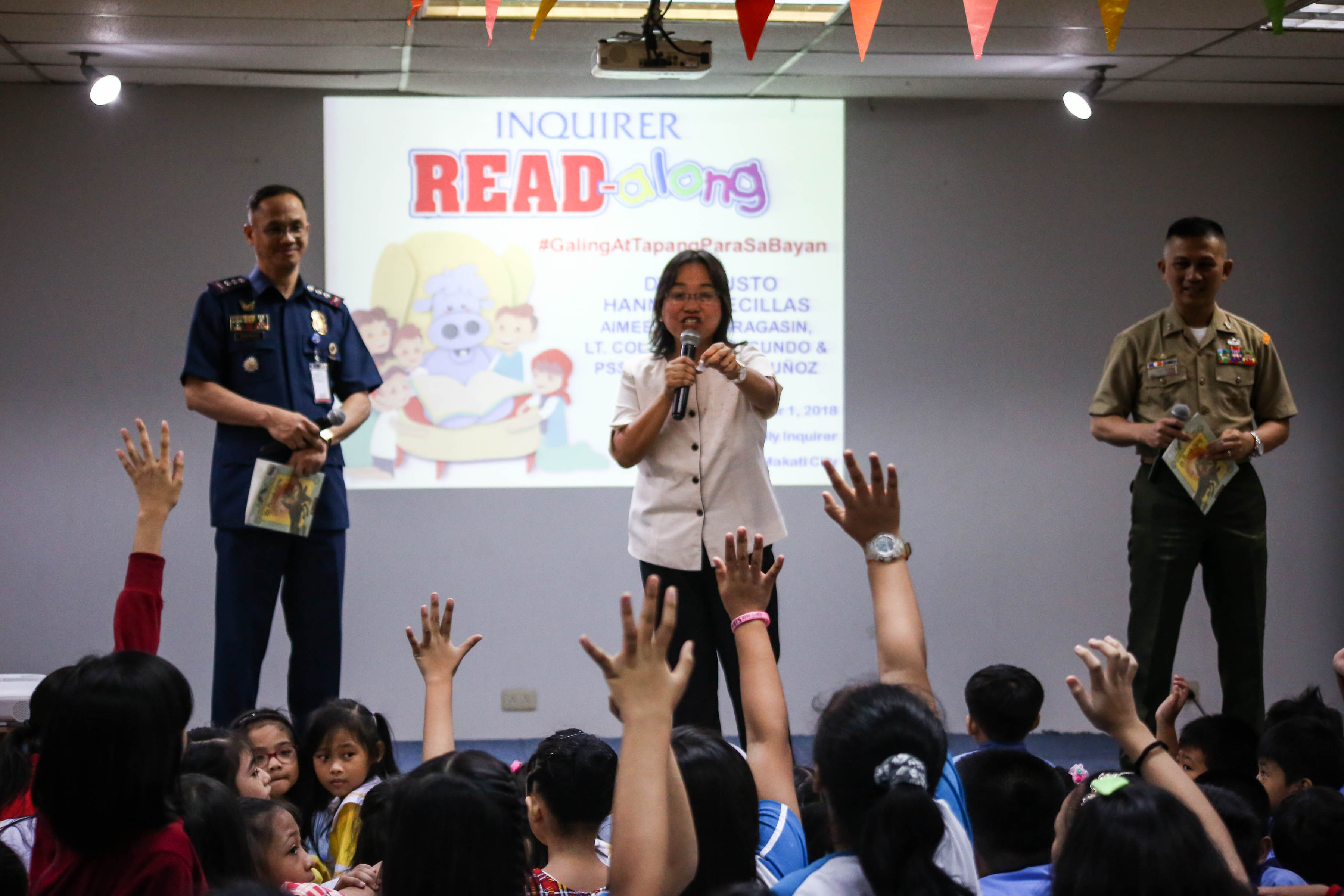 Over 100 children were told of encouraging tales of courage and compassion during the second session of Inquirer Read-Along belatedly commemorating National Heroes’ Day.

Justo read “Ang Ambisyosong Istetoskop” by Luis Gatmaitan, which tells about a stethoscope who aspires to be famous in the world through an excellent European doctor, but ended up being owned by a Filipino named Dr. Jose Rizal.

Gragasin, Facundo and Muñoz read altogether “Si Pandakotyong,” a “Lola Basyang” classic story retold by Christine Bellen. It tells of a tiny and smart tailor who outwits gigantic monsters to win the heart of the lovely Princess Elpidia.

Precillas read “Si Carancal Laban sa Bongbongeros” by Rene Villanueva, which tells of how a pint-sized boy led the townsfolk in driving away fishermen who were using dynamite and destroying marine life.

For Precillas, Carancal proves that size does not matter to lend a big help to others.

“Just because you’re small does not mean you can be belittled by anyone. You can do something big for the benefit of others,” Precillas noted.

“Every person should be willing to take a risk and go out of his or her comfort zone to see what is beyond the horizon. Just as what ‘Pandakotyong’ did, he left his usual routine and did greater things, and it paid off,” Facundo said of the story.

For Gragasin, who teaches physics, heroism is about going beyond one’s limitations and doing things that would make an impact to the community.

“Humans are born imperfect and with limitations. So we should focus more on our abilities to become a better person for the people around us,” Gragasin said.

But being a hero does not always mean that a person has to sacrifice one’s life for a greater cause, Muñoz said.

“Heroism could be as simple as doing things beyond what is expected from a person. Strive to improve yourself all the time so you could give everything even if it means sacrificing your time for yourself and family,” Muñoz said.