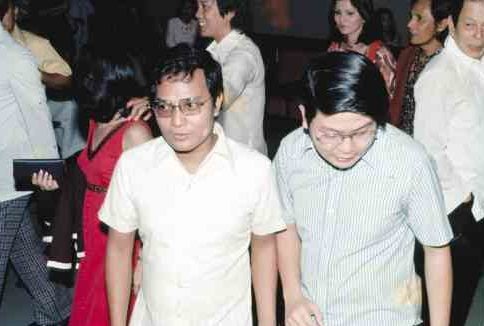 A long lost 1986 documentary on Philippine cinema in which Lino Brocka predicted the rise of independent cinema has been found and will be screened on Sept. 8 at the Cultural Center of the Philippines.

According to Teddy Co, National Commission for Culture and the Arts commissioner, “Beyond the Mainstream” will have  simultaneous screenings at 3 p.m. at the Tanghalang Manuel Conde Dream Theater and the Main Gallery of the CCP.

The 48-minute documentary had been in hibernation for 32 years, until a Betamax tape resurfaced recently, said Co, one of the makers of the movie.

Produced for Mowelfund Film Institute by Co, Josephine Atienza, Nick Deocampo and Lauro Rene Manda, the video surveys the independent/alternative film  scene  from 1954 up to 1986.  It contains interviews with and clips from films by the late Benedicto Pinga, Lamberto Avellana, Larry Alcala and Nonoy Marcelo.

Lino Brocka was briefly interviewed. He predicted that the future of Philippine cinema would lie in independent cinema.

“Everyone was 32 years younger!” said Co, also head of the NCCA’s National Committee for Cinema.

“Beyond the Mainstream” will be preceded by Red’s “Mga Rebeldeng May Kaso (Rebels with a Cause).” Produced by Cinemaone Originals, it’s a fictional account of the heady days of indie cinema at Mowelfund.

Double-bill is part of Reflexive Cinema program of the Society of Filim Archives, to celebrate 100 years of Philippine cinema in 2019. –CONTRIBUTED