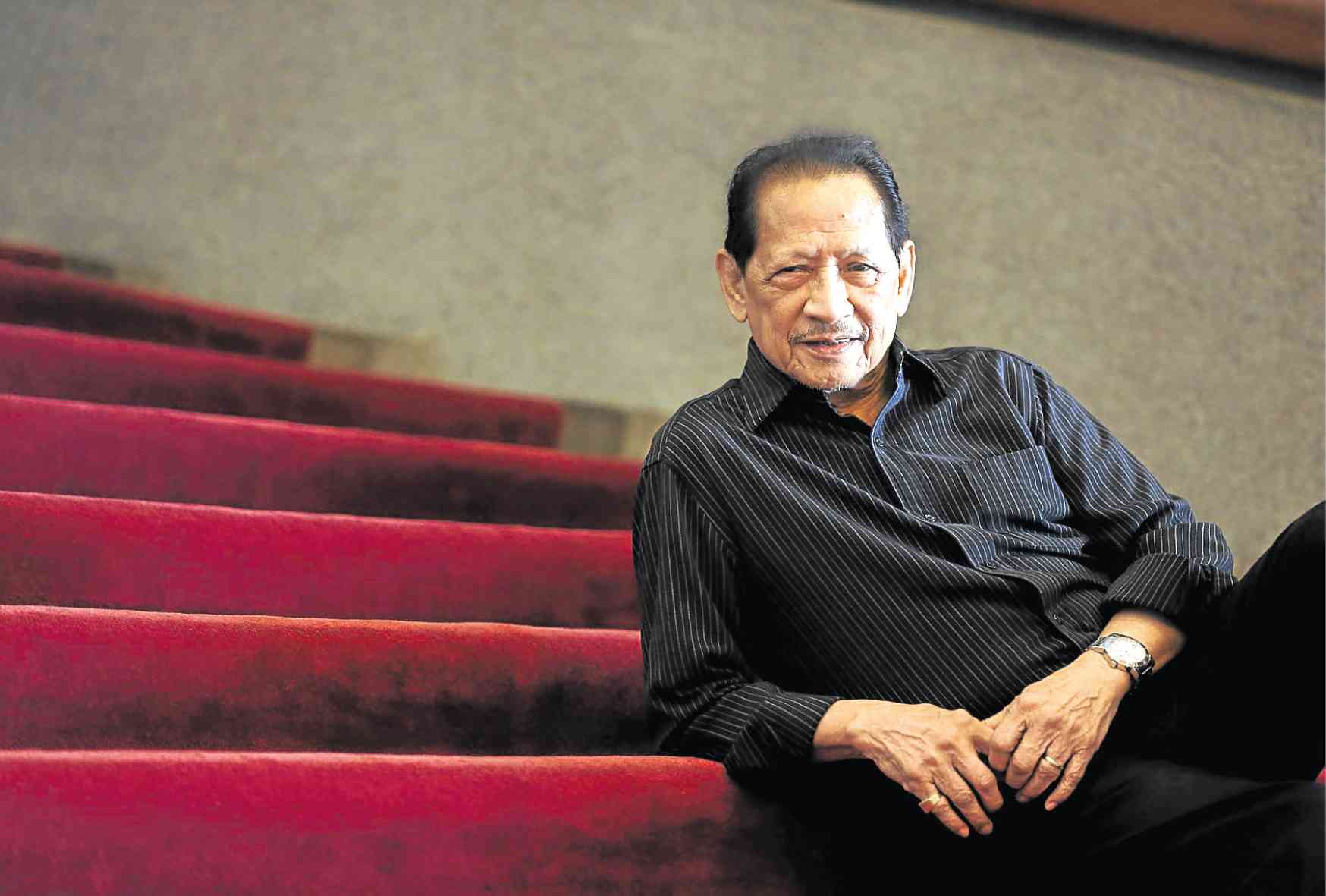 Nick Lizaso, preparing CCP for its 50th anniversary next year

Lizaso: Action man for the arts

For the past year or so, Arsenio “Nick” J. Lizaso, well-known theater, TV and film director, has been the president of the Cultural Center of the Philippines and applied his “management by walking” approach to fulfilling his vision of bringing the venerable institution closer to the people.

Consider: in just a week after taking over the helm of CCP, Lizaso was already all over town convincing the moneyed and the elite to take part in supporting his plans for CCP. One businessman was so moved by Lizaso’s vision of a “CCP on wheels” that right there and then he committed to donating a brand new bus to the CCP.

In the past recent months, believing in the power of music to heal, to bring people together, to help raise people’s appreciation of the arts, Lizaso has brought the renowned Philippine Philharmonic Orchestra all over the country for free concerts: Philippine General Hospital  Cancer Ward, Iloilo City, Antique, University of the Philippines campus, University of Baguio campus. The reception has   been overwhelming and other cities  are clamoring for the same experience.

He is not only dynamic, he is highly qualified for the task, given his deep experience and his broad expertise in arts and culture, specially the performing arts.  He is a man who has played and continues to “play many parts,” using Shakespearean language, not only as an actor on stage and TV, but as an active educator and advocate of community engagement in the arts. His expertise in theater has been honed at no less than the Nottingham Playhouse and the Royal Shakespeare Company (London and Stratford-on Avon.) and as a Fullbright-Hayes scholarship grantee in the United States. He is a recipient of several awards, including Dangal ng Lipi Award in Theater Arts (1999) from the City of Manila, Outstanding Achievement in the Field of Arts (1995), and Patnubay ng Sining at Kalinangan(1995) from his hometown Sta. Maria, Bulacan.

In July 2011, Lizaso almost single-handedly organized the Ist Philippine International University Theater Association Festival/Conference/Workshops, in which around 24 foreign theater experts and educators came to conduct workshops and give lectures at Miriam College in Quezon City.

In recent years, Lizaso has also been busy representing the Philippines in international theater events as a member of the executive committee of the International University Theater Association (IUTA), a unique forum where teachers, practitioners, creators, scholars and theorists from over 1,000 universities and colleges based in 50 member countries share discoveries and discuss common concerns in the field of theater and performing arts.

In July 2012, he helped bring Tanghalang Ateneo’s “Sintang Dalisay” to Minsk Belarus where it copped second place, besting other plays from countries with longer theater traditions such as Italy, China and France. That play went on to win the Awit Awards for best stage production in 2012.

Last month, CCP brought Tanghalang Pilipino to stage a play in Moscow as one of the featured highlights of the International University Theater Association’s XII World Congress and Theater Festival.

Lizaso’s other personal advocacy is teacher empowerment. Before the CCP, he had been organizing workshops focused on teacher development, infusing theater techniques to teaching to bring life to the classroom.

At the moment, Lizaso is finalizing details with cultural officers of the 17 local government units under the Metro Manila Development Authority for a MMDA Choral Festival this November.

Next year will be a major milestone for the CCP, as it will be marking its 50th anniversary. With Lizaso as the new CCP president, the public can expect more vigorous performing and other arts programs.

For Lizaso, the time for discussing arts and culture is over. “So much to do in the field of arts and culture and yet so much time is being wasted in committee meetings and hearings. Tempus fugit. Acta non verba! (Time flies. Action, not words.)” –CONTRIBUTED