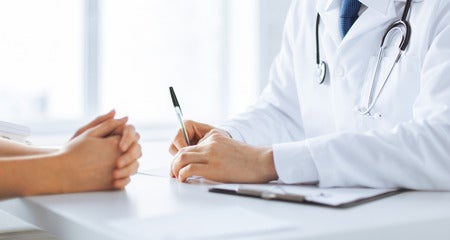 A male doctor issued a public apology after he was criticized for remarking female doctors aren’t paid as much as their male counterparts because they “do not work as hard.”

Gary Tigges, an internal medicine physician who works in Texas, United States, was under fire for his comment in the September 2018 issue of Dallas Medical Journal. The journal asked physicians if a pay gap exists between male and female doctors. If there is indeed, physicians were then asked to identify the cause of this pay gap as well as to give steps they can take as individuals and as a community to address this issue.

“Yes, there is a pay gap. Female physicians do not work as hard and do not see as many patients as male physicians,” wrote Tigges. “This is because they choose to, or they simply don’t want to be rushed, or they don’t want to work the long hours. Most of the time, their priority is something else… family, social, whatever.”

In response to the question about what doctors can do to address the pay gap, he said: “Nothing needs to be ‘done’ about this unless female physicians actually want to work harder and put in the hours. If not, they should be paid less. That is fair.”

Female doctors took photos of his comment and called him out on their social media accounts.

“Thank you for publicly displaying your disgusting thoughts on the value of women physicians in the workplace,” wrote Hala Sabry-Elnaggar in a Facebook post last Saturday, Sept. 1. “There is a pay gap because there is (sic) gender inequity and inequality which is wrong and can not be justified in any way.”

Please share and spread the word!Re: Dallas Medical JournalDear Dr. Gary Tigges (Plano, TX) and any other person who…

“In the Women in Medicine issue Dr. Tigges is quoted voicing his misogynistic view of his women colleagues. The title of the page is ‘Big and Bright Ideas’, but his is definitely not bright,” Mary Quiceno wrote on Twitter on Friday, Aug 31. “This is how men convince themselves that discrimination against women is okay.”

@DallasCMS In the Women in Medicine issue Dr Tigges is quoted voicing his misogynistic view of his women colleagues. The title of the page is “Big and Bright Ideas”, but his is definitely not bright. This is how men convince themselves that discrimination against women is okay. pic.twitter.com/0pUTHIabzW

Tigges, who is a private physician at Plano Internal Medicine Associates released a public apology on his page at the medical group practice’s website.

“I have heard from several trusted female physician colleagues who disagree with and are deeply hurt and offended by the comments I made to the Dallas Medical Journal regarding pay equity among female and male physicians,” Tigges stated. “I want to thank them for reaching out to me and sharing their concerns. I now understand more clearly how intricate this issue is and that there are ways we can work together to resolve these disparities.”

He noted he saw female physicians’ compassion, diligence and professionalism after working with them for nearly three decades.

“I sincerely apologize to all female physicians for my comments and the pain they have caused,” he wrote. “I also need to apologize to my partners and the staff at Plano Internal Medicine Associates, where we have an open and supportive work environment and where we do not tolerate discrimination based on gender, race, ethnicity, sexual orientation or religion.” NVG

Fertility doctor sued for allegedly using own sperm on 11 clients