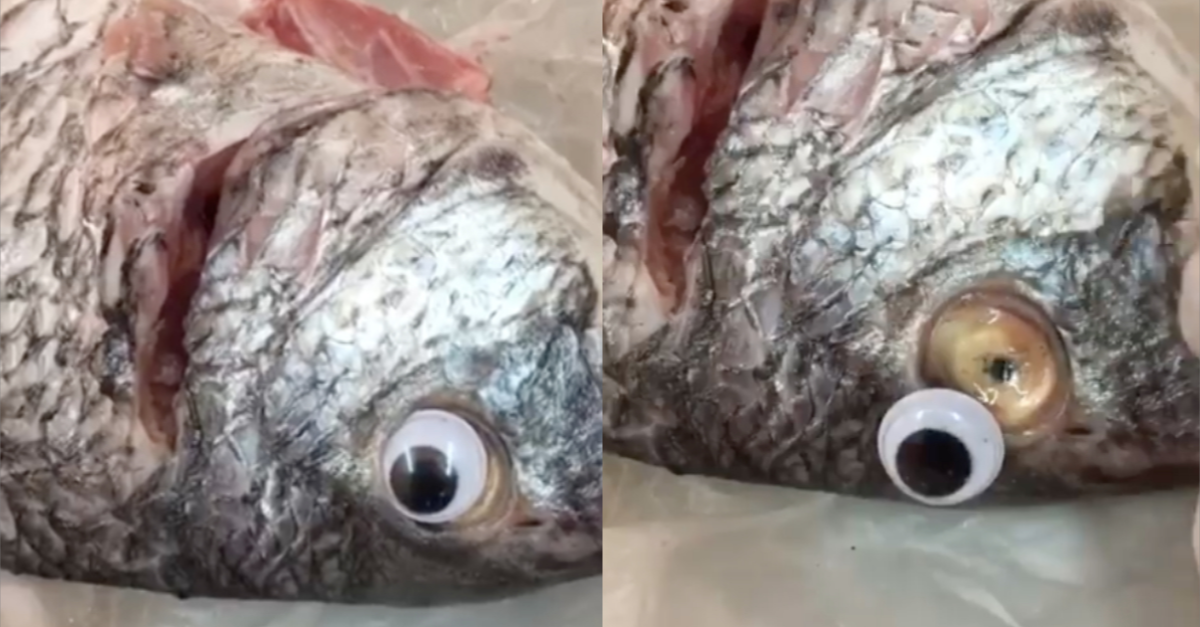 Buying fish 101 — ensure the freshness of the fish by means of checking its eyes. It must have clear, shiny and bulging orbs. One seafood shop in Kuwait, however, tried to trick buyers who apply the check-eyes-first technique, passing off the fish they sell as fresh by sticking googly eyes on them.

A video of a woman discovering the googly eye on the fish she bought from the store circulated in social media on Friday, Aug. 31. In the video, the hand of the woman wearing plastic gloves was inspecting the fish. Not long after, she can be seen removing the googly eye to reveal a sunken and cloudy eye — indicating that the fish was not as fresh as she first thought it was.

The store was shut down by the country’s Ministry of Commerce and Industry not long after the video went viral, as reported by local newspaper Al Bayan last Saturday, Sept. 1.

Unsurprisingly, netizens found the news humorous, inspiring numerous witty remarks. One Twitter user thinks that what the shop did was “a great idea,” and something which can be applied on his/her future business.

Another netizen, Padraig Belton, appears to be looking up to the fish vendor, calling the vendor “my personal hero for today.”

My personal hero for today is the Kuwaiti fishmonger who got done for sticking googly eyes on fish to make them look fresher. pic.twitter.com/44l32a1TTR

Of course, netizen reactions will not be complete without laugh-worthy fish-related puns.

“Well this certainly looks fishy. I hope they go to court and are found gill-ty,” podcast comedian M’BlockU (@rodimusprime) said.

Well this certainly looks fishy. I hope they go to court and are found gill-ty. https://t.co/aB3fh871WE

“Yeah this is a full-scale scam” another netizen, C.E. Little (@ItsMrLittle) replied.

Other Twitter user joined in on the fun, supplying their own fish puns.

Eye sea what you did there.

Boycott the store! There’s other fish in the sea.

Meanwhile, some were not amused by the fact that the woman was tricked into buying the supposedly fresh fish with googly eyes.

u cannot be telling me that a person who’s smart enough to identify how fresh a fish is according to it’s eyes can’t seem to tell the difference between a real fish eye and googly eyes JFJFJFMMSKDJD https://t.co/7kWGg6K0pi

Just read the headline that a store was caught putting googly-eyes on fish to make them look fresher. Whoever fell for that deserved to have their money taken away.

Never judge the freshness of fish by the googliness of their eyes. https://t.co/hW50lwpwCz

“Never judge the freshness of fish by the googliness of their eyes.” JB