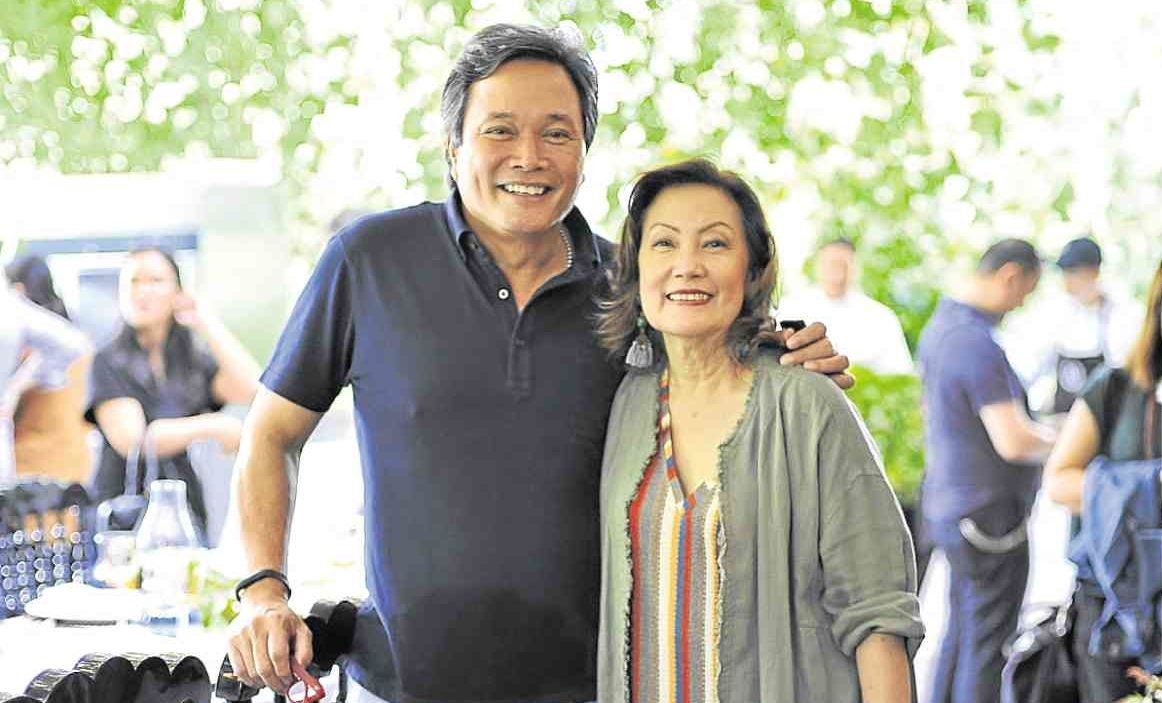 Nena Tantoco and Tony Boy Escalante hosted a preview of the Negros Trade Fair (NTF) at Antonio’s in Alfonso, Cavite.

Both are Negrense who are part of the continuing effort to support the small and medium enterprises of Negros.

The NTF is the longest running provincial trade fair annually held in Manila. Since its debut in 1985, the organizers have been providing a platform to showcase the ingenuity of the Negrense in a five-day exhibit at the Glorietta Activity center in Makati City.

Last year, the NTF preevent was held in Tantoco’s residence in Sta. Elena, Laguna. This year, Escalante opened his award-winning restaurant to his province mates who flew in to give a sneak peek of the artisanal crafts and food of the Visayan island.

A private pavilion was transformed into an exhibition venue for the best of Negros crafts, food and services from the Association of Negros Products.

It was like walking into an ancestral home with things strewn around, although curated and neatly arranged.

There were unique wood door stoppers and salad forks with colorful pineapple handles on one table. Green bottles by Yssa Crafts were flattened to become serving dishes for snacks and appetizers.

Other interesting servers were an elevated sushi plate with a vitrine for the soy sauce, leaf shaped trays and charger plates designed with natural dyes.

Art Energy created the Circ Napkin holder from a tree trunk and used a wood roller to hold down the napkins.

Chargers made from coconut parts held 100-percent cotton linen woven by communities in Negros. The linen products are part of Mike and Banj Claparols’ effort to bring back cotton that has been widely replaced by synthetic fabrics. Their company Interweave also makes lamps, runners, place mats handcrafted in collaboration with Negros 9 community weavers.

They collaborated with Filipino designer Tony Gonzales to make the Verdure Lamp Collection from tree stumps with lampshades handwoven by women in Kabankalan.

This year’s NTF is a story built around sugar, the industry that brought prosperity to the island, as well as the crisis that followed when world market prices fell. Sugar cane plantations ceased operations and unemployment caused many households to look for alternative sources of income.

The entrepreneurial spirit provided recourse and displaced sugar workers learned to make handicrafts from indigenous material in the province.

Kitkat Cusi Lobaton trained farmhands in Victorias City to weave pandan leaves into bags. Besides providing a means of livelihood, she was motivated to create sustainable products. Materials are locally sourced and designed with ecologically friendly dyes.

She brought bucket bags to the exhibit that were an ode to sugar products, with the brown version called “muscovado” while the natural colored version with faux pearls was “fino.”

There were tabletop decorative wood pieces that included miniatures of traditional implements used to make sugar, such as the arado and the molino or cane crusher.

There were sweets, food that belongs to best childhood memories, wrapped in colored cellophane and cookies in packs.

Escalante conceived the Negros preexhibit event to be experiential. Apart from the setting that was a nostalgic throwback to genteel days, he had a table spread of culinary flavors, some of which would be available in the fair.

The fresh burrata salad was made by Casa del Formaggio’s Francesco Patron, who married Isabelle Montelibano from Bacolod.

Beverages included a juice from batuan, the fruit of a tree that Tantoco said was used in Bacolod as souring agent, like tamarind in sinigang. Tree saplings will be available in the fair.

Tantoco was effusive in praising Escalante for the generous hospitality he extended their fellow Negrense.

As Ina Gaston said, “He not only hosted but extended a very warm welcome.”

She also thanked Tantoco for the enthusiastic support she has been giving through the years.

“Negros is really a family,” Gaston said. “We can’t leave anyone behind.” –CONTRIBUTED