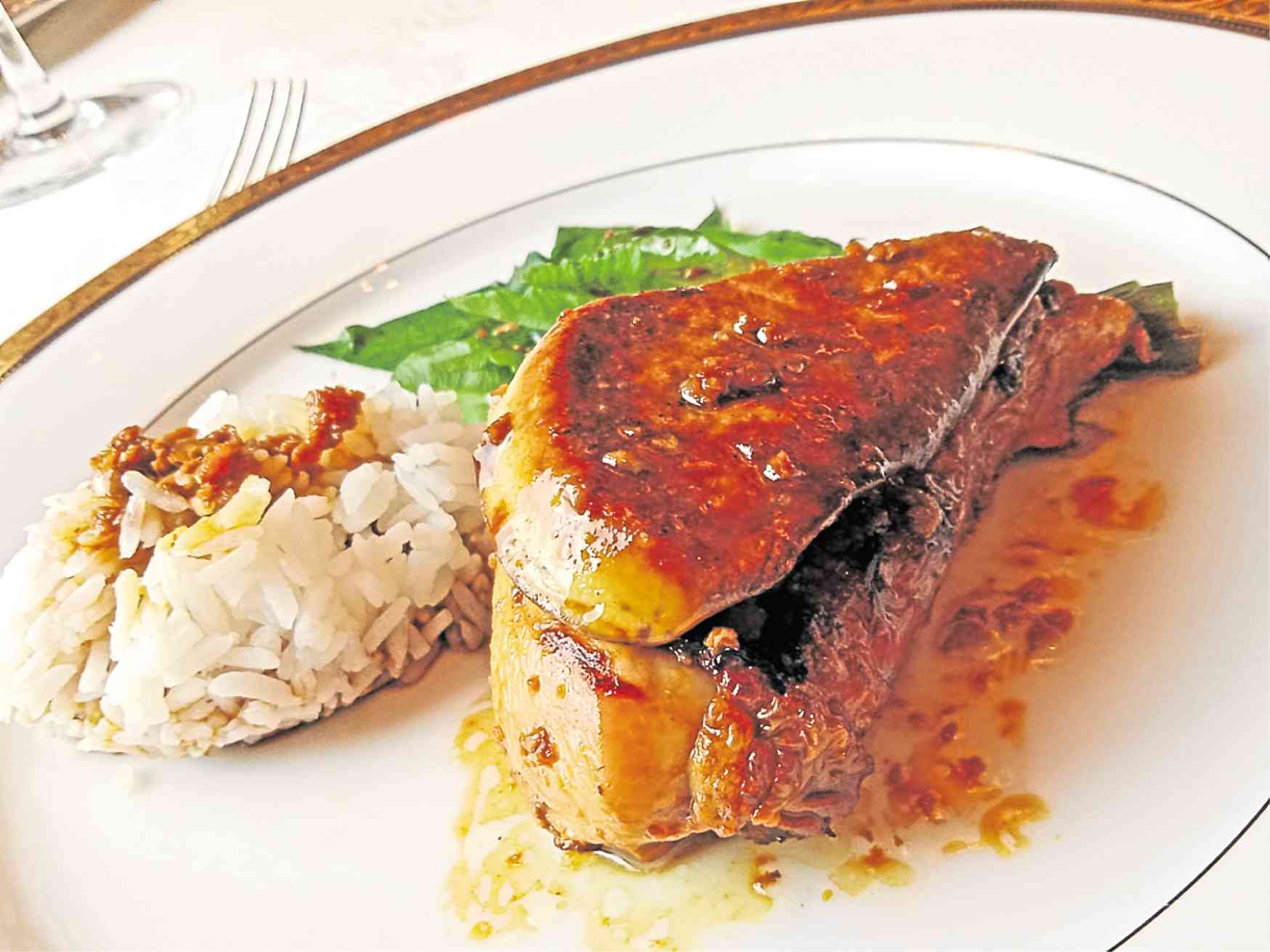 The village where I live used to celebrate its fiesta on Nov. 30. It was then National Heroes Day, which was perfect because our village is called Heroes’ Hill. (My copy editor friend always reminds me to put the apostrophe after the “s” because it’s the proper way).

Our fiesta was quite different because it was not in honor of a Catholic patron saint, but rather Filipino World War II heroes like José Abad Santos, General Vicente Lim and General Fidel Segundo.

And then one day, someone in government, probably with nothing worthwhile to do, decided to move the the celebration to the fourth Monday of August. But Nov. 30 has always been Bonifacio Day that remembers a top hero.

I celebrated National Heroes Day by going to dinner prepared by chef Jessie Sincioco precisely to remind us of our heroes, through food. It was also an opportunity to see The Manila Hotel again, especially the Champagne Room.

Finally, the hotel owners did something good. The lobby is once more impressive

—the brass, crystal and capiz chandeliers are blazing bright. The Champagne Room had its lights just low enough, its formality (especially the crystal trees) didn’t intimidate, and it was the perfect place for Sincioco’s fine-dining version of her Heroes Day menu.

The starter was a seafood ceviche which should really have read kinilaw—since “ceviche” is South American and entails a different way of pickling.

This was followed by her signature salad of alugbati with kesong puti, salted eggs, dulong fried crisp, and a calamansi vinaigrette dressing.

Sinigang na isda sa mangga is just one version of the sour soup. It ends up lighter than the Tagalog sinigang which can be overly sour. The hero Sincioco cited was Lapu-Lapu, the Mactan warrior.

The main meat dish was chicken adobo enriched with foie gras. Sincioco said that free-range chicken was Marcela Agoncillo’s favored ingredient especially when making tinola, which helped restore the health of battle-weary Katipuneros. Agoncillo is known as the principal creator of the Philippine flag.

For dessert, it was halo-halo parfait, perfect for fine dining because it’s a refined way to serve this favorite iced concoction. After all, Sincioco started her career as pastry chef, and the artistry and perfection required of one are still there.

Unfortunately, the buffet at Cafe Ilang Ilang and dinner at the Champagne Room have ended their run.

However, if you are interested to know what our heroes ate, there are two good sources.

The other is “The Foods of José Rizal” by Felice Prudente Sta. Maria (Anvil Publishing, 2012).

Doreen Gamboa Fernandez wrote in her book “Palayok” that whatever part was served “was seen as an indicator of social esteem. The friar who received on his plate the chicken neck and wing, instead of leg or breast, saw it as a slight to his dignity.”

Each contestant can submit two essays but use a pen name. Submit another file with the pen name, real name, contact number and e-mail address.