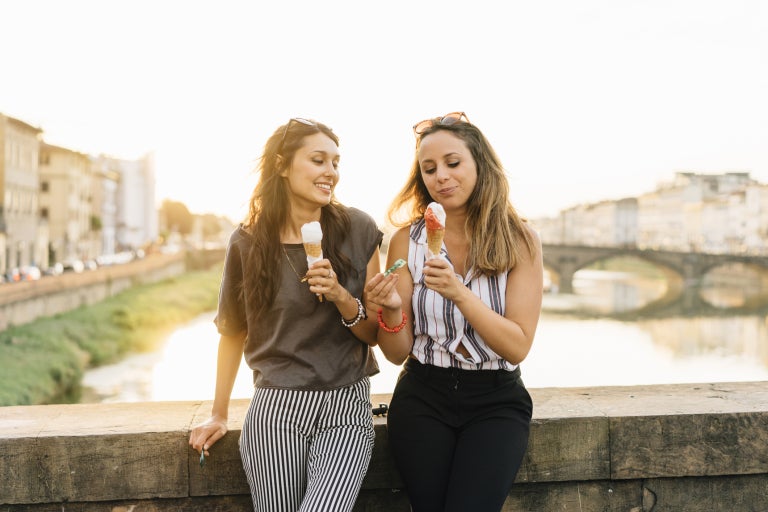 Indulging in a slice of pizza to-go or a post-lunch gelato on the run is now a big no-no in Florence, which has just banned snacking in the city’s historic center.

Aimed at thoughtless tourists who leave a trail of garbage behind them, the move is meant to keep the streets of Florence clean and will be enforced at certain times of the day, reports The Local.

Offenders caught snacking on city streets eating “any kind of food” while loitering on sidewalks, on the doorsteps of shops and on roadways, face fines of between €150 to €500 (about $174 to $580)

Bilingual posters in English and Italian will be posted across the city and in shop windows to remind tourists to mind their manners.

It’s the latest measure launched out of Italy aimed at tourists who behave badly.

Last year, Rome banned the consumption of alcohol in public spaces after 10 p.m. in an effort to keep order in the city and clamp down on unruly visitors during peak tourist season.

The city also banned eating and drinking near its historic fountains, including the Trevi Fountain, last summer. JB