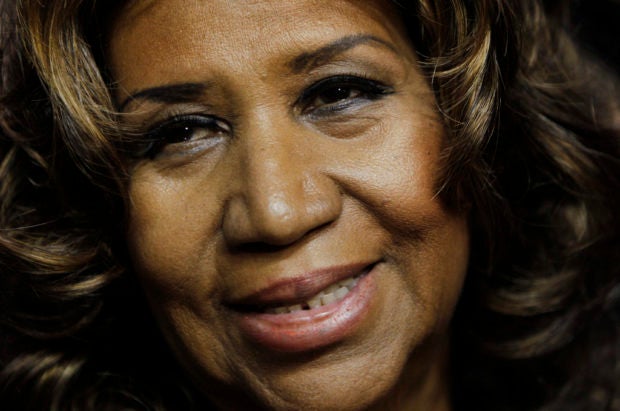 FILE - This Feb. 11, 2011 file photo shows Aretha Franklin in Auburn Hills, Mich. On Thursday, Aug. 16, 2018, Franklin died from pancreatic cancer at her home in Detroit. She was 76. Franklin and Sen. John McCain lived through the decade that reshaped so much of American life but were propelled into the 1970s and all the way to 2018, carrying some of the fundamental storylines of the 1960s as they hurtled forward. (AP Photo/Paul Sancya, File)

Aretha Franklin dresses, hats to go up for auction

NEW YORK — More than 30 dresses and accessories worn on stage by Aretha Franklin are going up for auction.
The Queen of Soul died at age 76 in Detroit on Aug. 16.

Julien’s Auctions says the items include a red sequined dress Franklin wore at Radio City Music Hall in 1991, a knit jacket she appeared in with President Bill Clinton at the National Medal of Arts ceremony in 1999 and a denim jacket given to crew members of “The Blues Brothers.”

The items will go on display between Nov. 5 and Nov. 9. at the Hard Rock Cafe in New York.

The auction will take place in person and online on Nov. 10 as part of a two-day Icons & Idols: Rock-N-Roll at the Hard Rock. MKH

Aretha Franklin ‘a diva to the end’