Only 28, this Jollibee Yumbassador is a world-class artist | Inquirer Lifestyle ❮ ❯ Only 28, this Jollibee Yumbassador is a world-class artist 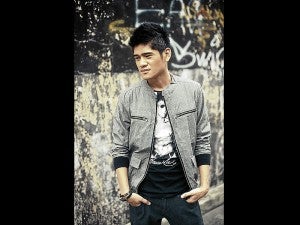 “Nasser” is Arabic for victorious. Victorious indeed is 28-year-old Nasser Lubay, who, aside from having won accolades abroad, from Berlin to Kuala Lumpur and Taiwan, is now among the nine Jollibee Yumbassadors.

Nasser didn’t receive formal Fine Arts training or mentoring of any sort. He took up Mechanical Engineering at Mapua Institute of Technology, but he heeded his imagination and creativity.

Live media, he said, is his major interest. Traditional painting methods, with other modern techniques like digital graphics and video manipulation, characterize much of Lubay’s output.

It was two years ago when Nasser got his big break. One of his many watercolor masterpieces, “Rebirth”, bagged second honors in the prestigious Celeste Prize in Berlin, Germany.

The Celeste Prize is a contemporary arts prize that guarantees its winners instant art stardom. Prizes yearly include shows, art courses and residencies abroad, as well as promotions, catalogues and talks and tours with curators, on top of cash prizes.

Lubay did not stop with paintings, but also ventured into design. That same year, in Malaysia, his “Save the Green” entry was shortlisted in the 1000+7 Designs of the 2009 World Eco Bag Design Exhibition during Kuala Lumpur Design Week. 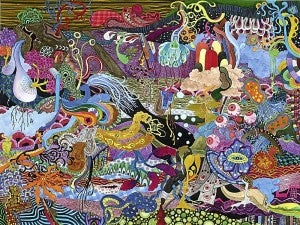 Childhood has been a crucial foundation in Lubay’s art. He receives tremendous support from his parents. “Just enjoy the moment and continue with your art,” they told him to encourage him.

“Travel inspires art,” said Lubay. While his briefs stints in Germany, Malaysia and Taiwan have been memorable, the young artist hopes to travel even more to his dream places: Japan (a huge source of inspiration, given its “solid art forms”), Europe (for its countless art enclaves), Brooklyn, New York (a breeding ground for artists) and Hollywood (for its cinematic appeal).

What’s his dream for when he turns 30?

“By then, I should have mounted my first ever grand solo exhibit—and of course, made my first million through my work.”

Taking his art globally by remaining grounded locally is Lubay’s goal. “Despite international success, I want the world to see I am still based in my country.”

What, then, could be the role of art in today’s changing times? “I think art is what makes a nation beautiful, historical and progressive,” said Lubay. He posted that remark on his Facebook page, for all the world to see.