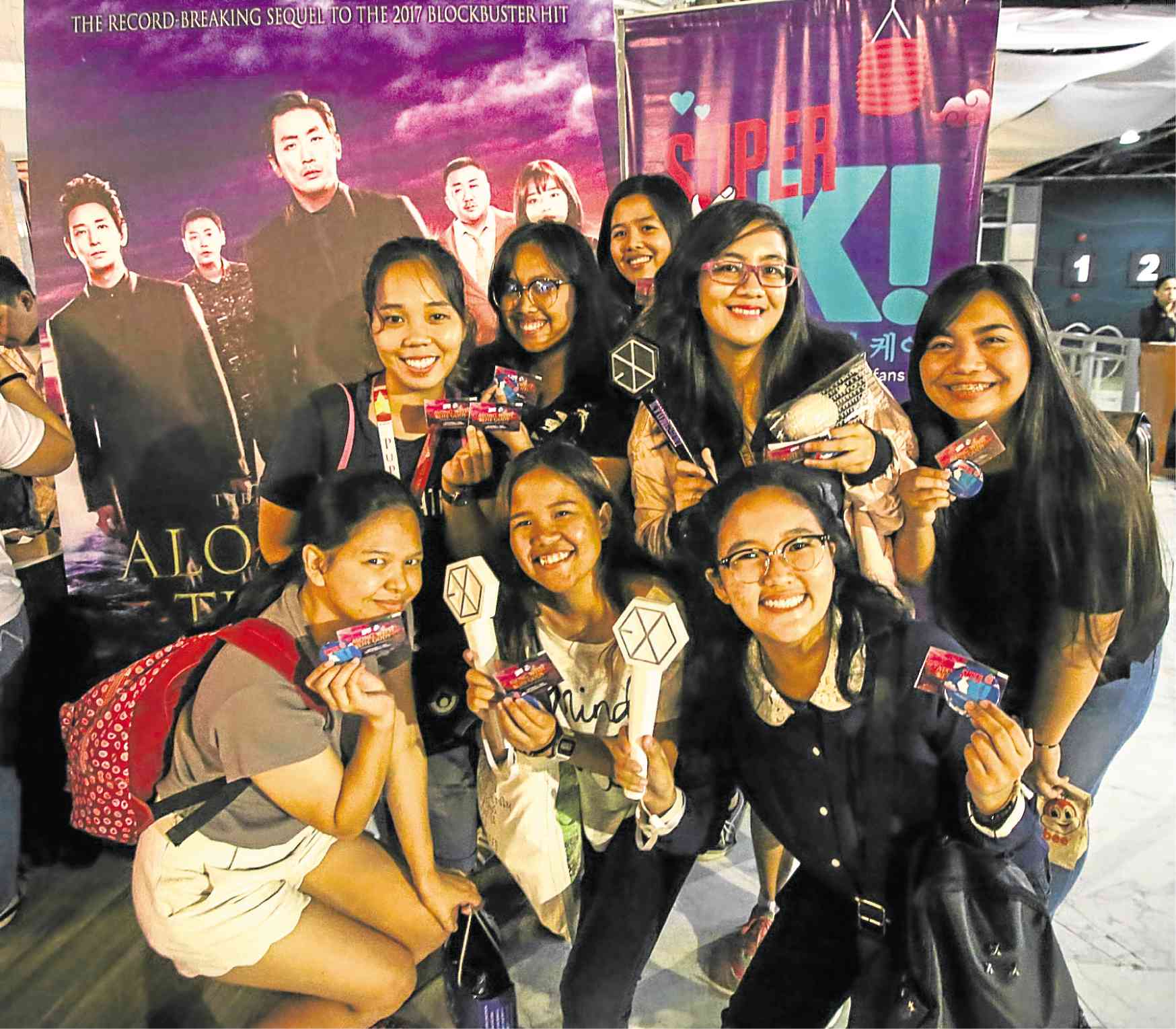 Fans came with their friends and lightsticks. –JAM STA. ROSA

Reporting on Hallyu news is serious business.  This is why we dedicate a new subsection just to tackle your favorite K-dramas, K-movies, K-pop artists, K-beauty questions and K-travel suggestions.

We call the new sub-section Super K!   You will find stories in Super’s pages by following the finger hearts.

Over 300 people flocked to Cinema 1 last Monday for the free screening.  The Philippine fandoms of BTOB, Girls’ Generation and EXO actively participated in the promotion of the event.

“I knew that it is a must go-to event because this is the first time that an advanced screening of a Korean film was held and to it’s for free.  It’s something I will always be grateful to Super K! for,” Ominsahri Botawan said.

She and her friend Julia Blaze Ronquillo gave away Penguin bread to EXO-ls (EXO’s fandom) who brought their lightstick to the event.  She called the treats DOreo Penguin, named after EXO’s Do Kyung-soo.  She thought of food to giveaway because it was dinner time and she did not want fellow EXO-ls go hungry during the screening.

DO is known as the penguin in his boy group.  He also plays Private Won Dong-yeon in the movie.  Thus, it made EXO-ls like Botawan excited.

There was a short program before the film started. Super K! gave away BTSxMediheal masks and gift cards from Watsons Philippines.

Inquirer also raffled off Guyito dolls and umbrellas to fans.  TMC also gave away loot bags to some of the viewers.  Everybody went home with Super K! pins.

This is the first event of Super K! and fans can’t wait for the next one.

“Patikim pa lang ng Super K! ’yun and ang bongga na!  I have no doubt that the future events for Filipino fans like me will be worth the wait and will give happiness to us.  Thank you for making Sept. 3 a blast and memorable.  You did very well!  I love you, Super K!,” Botawan said.

Super K! promises that there is more to come.