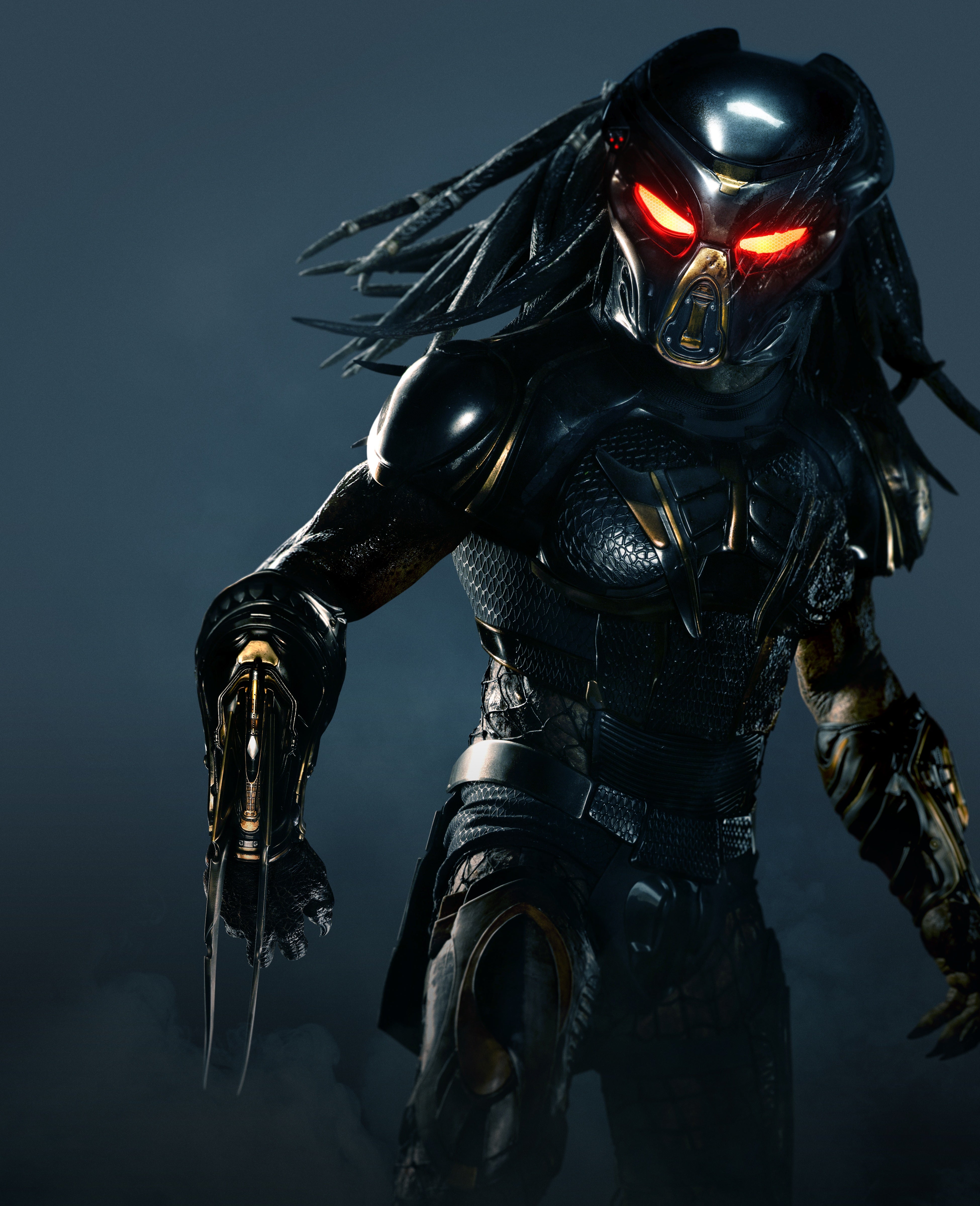 The interstellar humanoid hunter the Predator returns to Earth once more. PHOTO FROM 20TH CENTURY FOX

Prepare for The Predator

With its mandible-bearing face, dreadlocks, cool armor, freaky tech and relentless drive to hunt, the Predator is one of sci-fi’s most iconic monsters. Moviegoers first glimpsed the Predator in the 1987 movie, “Predator.” Directed by John McTiernan, that film saw Arnold Schwarzenegger—playing a hardcore mercenary leader named Dutch—and his operatives carry out a covert mission in South America when they become prey for an interstellar humanoid hunter. “Predator” helped cement Schwarzenegger’s action movie bonafides. The Predator’s blade-wielding, body-mutilating, hunting wiles and sense of honor turned the Predator into a sci-fi icon.

Over the last 30 years, the franchise has continued to propel itself into the box office and cultural consciousness for 20th Century Fox, with four sequel films and appearances in virtually all forms of media. The original Predator’s unique selling proposition was that it was the greatest hunter hunting the best prey in the universe, something that required violence and motivation. There was a risk that the Predator’s ubiquity would temper the ferocity of its edgy nature.

“The Predator” occurs in the present day and features a platoon of callbacks to the original three films. Mercenary Quinn McKenna (Boyd Holbrook) is leading his men on a mission in the Mexican jungle. But unbeknownst to him, there is trouble up above. In outer space, a Predator is trying to escape another Predator using a warp portal. That Predator crash-lands on Earth and the descent is witnessed by Quinn and company, never a good thing in this series. As expected, the Predator makes quick work of the soldiers, but Quinn survives and escapes with Predator gear he salvaged from the crash site. The Predator is captured.

Meanwhile, evolutionary biologist Dr. Casey Bracket (the one, the only Olivia Munn) is brought to a top-secret base by a shifty operative named Traeger (Sterling K. Brown). The operation is called Project Stargazer and is tasked with investigating extraterrestrial activity on Earth—specifically, the many visits by the Predators through the years. Project Stargazer has the captive Predator—but not for long.

Things are complicated by Quinn’s gifted, autistic son Rory (Jacob Tremblay) finding the Predator tech and quickly figuring out how it works. Quinn himself has been arrested by the military police and winds up on a bus with the Loonies—a group of crack soldiers who have cracked under the pressure. Led by Quinn, the Loonies find a purpose in protecting Rory and the now fugitive Bracket as they track the Predator.

How do you make this situation even more incendiary? Traeger is pursuing the Loonies when the bigger, badder Predator—he is literally called the Upgrade Predator—arrives on Earth. People die, things blow up and, yes, the monsters mix it up.

Holbrook has the baby-faced new hero thing down and Munn is shown displaying attack skills that seem to make more sense of a mutant ninja than an evolutionary biologist. Keegan-Michael Key, playing one of the Loonies, does the Keegan-Michael Key thing, still noticeably funny amid the carnage. The Loonies are enjoyable presences filling in the franchise’s requisite glorified cannon fodder roles. Tremblay, even at his young age, is clearly the best actor in the cast. But the interesting turn is the one by Brown, usually asked to do subtler, conflicted things. Here, his Traeger is a snarling, utterly treacherous villain, perhaps more dangerous than the Predators.

What Black had always brought to his films is punchy humor and crazy action sequences. Those elements are both in play in “The Predator.” This is a hard R-rated film and maximizes that quality. “The Predator” is so relentlessly violent that it almost swerves into cartoonish “Deadpool” territory—which, in the skill set of this franchise, is definitely a good thing. “The Predator” surrenders its edgy horror camouflage for a more populist oh-wow action movie vibe. The effects have never been better. Black has admitted that he pushed the studio to inject as much money and spectacle into “The Predator,” trying to spawn the most audacious and audience-winning version of the Predator he could.

What “The Predator” unleashes is clearly the audience-accessible vibe of a jumping-on point for a new generation of fans. It’s essentially a soft reboot and does not require any previous knowledge of the franchise or any viewing of the previous films. These characters are all new. The Upgrade Predator reflects the nature of the film, with the existing canon Predatory mythology both celebrated and updated. Utilizing what initially seemed to be a MacGuffin, the film’s ending clearly indicates this is meant to be the start of a new cycle of films and a new direction for the franchise.

In a time when the true sci-fi icons are being reborn for younger audiences (Godzilla, King Kong and the Aliens), it was only a matter of time before the Predator received the same treatment. The Upgrade Predator jettisons its more intricate elements for a literally outsize, amplified presence, and the film is the same, opting for more explosions than explorations, which is precisely what director Shane Black set out to do. “The Predator” reinvents its movie monster in search of bigger, buzzier game—the Millennial movie fan. Remember—the Predator always takes down its target.