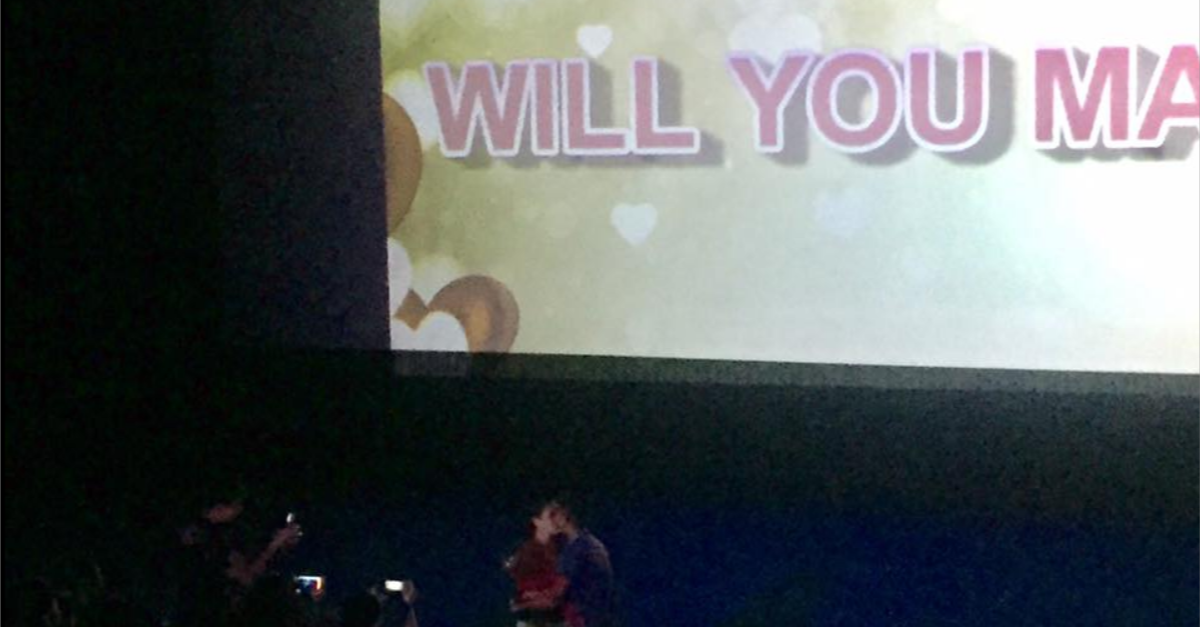 Marriage proposals are getting more and more creative as time goes by, and for one man, the best way to ask for the hand of his girlfriend is right before watching Daniel Padilla and Kathryn Bernardo’s latest film, “The Hows of Us”.

One netizen, Haifah ZinLorh Egal-Padilla, witnessed a proposal by an unidentified man before the screening of “The Hows of Us” at Mall of Alnor’s cinema in Cotabato City, Maguindanao.

(That feeling when you’re so excited to watch “The Hows of Us”, and because this is my first time, I have no idea of what will come out on screen.)

(Then all of a sudden, pictures came up. I thought he is the real George played by Kath in the movie.)

The post, which had captured the hearts of romantics, has garnered nearly 1000 likes, 5o comments and 640 shares, as of this writing.

(Next thing you know, people below were whooping. Later, “Selah will you marry me” suddenly appeared [on the screen].)

(My gosh a proposal happened inside the cinema. It was my first time to witness a scene like that. Congratulations to the couple. I hope there’s forever for you, like with George and Primo.)

Female netizens saw the post as romantic enough to tag the names of their loved ones.

(The movie has not yet started yet I was already in the verge of crying. The kilig in the cinema was twofold. Lols. I’m so envious!) JB