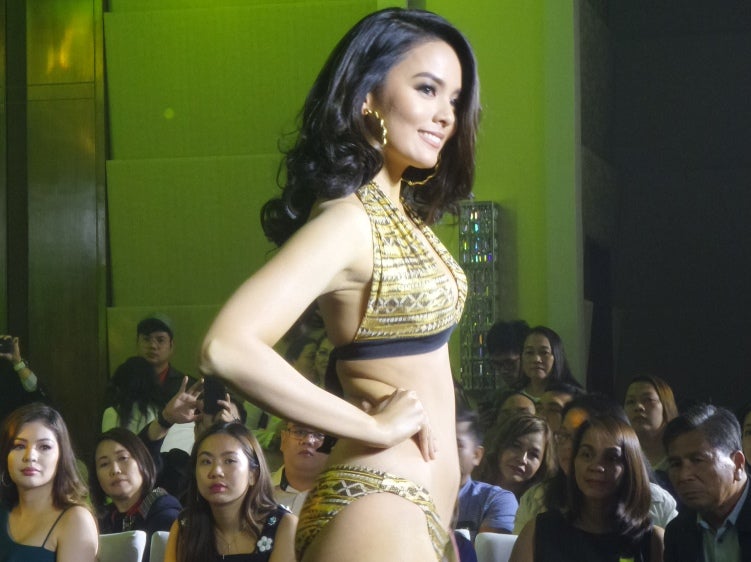 As in talent competition held over the weekend, overseas-based delegates dominated the preliminary competitions of the 2018 Mutya ng Pilipinas pageant held at the Ascott BGC in Taguig City on Monday evening.

Nina Ancheta, who represents the Filipino community in Los Angeles, California, bested 49 other aspirants in the tilt’s 50th anniversary edition to bag the Best in Swimsuit award.

She also placed second in the gown competition and third in the race for the Mutya ng Mags race, from clothing sponsor Mags.

Victoria Bangit from the Filipino community of Melbourne, Australia, who finished second in the talent competition, settled for third place in the swimsuit competition.

Ramachandran also placed second in the race for Mutya ng Mags, which was topped by Bohol’s Pauline Amelinckx.

The pageant also honored the designers who participated in the gown competition by providing the delegates’ wardrobe.

Five couturiers were announced to be in contention for the Best Designer award, which will be awarded during the final ceremonies on Sept. 16 at the Mall of Asia Arena.

The Philippine Daily Inquirer is a media partner of the 2018 Mutya ng Pilipinas pageant. /atm