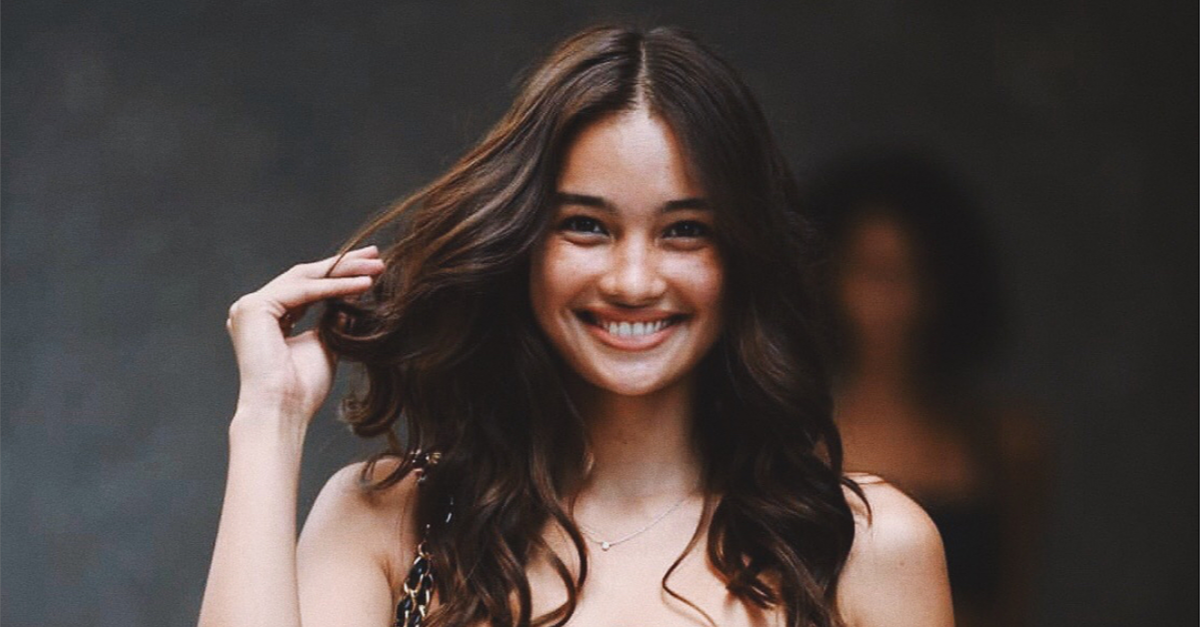 Kelsey Merritt asserts being Filipino in debate on race, color in modeling industry

Filipinos are known for the unrivaled support they give whenever fellow compatriots represent the country in an international setting. However, such is not entirely the case for Kelsey Merritt who was chosen to walk for this year’s Victoria’s Secret Fashion Show.

While many are proud of the Filipino-American model, others say her “Eurocentric” looks gave her an advantage in landing the gig. Eurocentric beauty standards are associated with Caucasian features: fair skin, a sharp nose, a slender figure and being tall.

“It would not be that difficult for her to get cast as [a VS model] as she fits the [following] standards: tall, skinny, and white,” said Kristina Monarc (@prymchia).

My only issue with Kelsey Merritt, is that you can almost see that she’s pure American. It would not be that difficult for her to get cast as VS as she fits the ff standards: tall, skinny, and white. Why not hire Justine Biticon? Why didn’t Janine walk the VS show?

(I was born in the Philippines and I grew up in Pampanga. I finished my schooling in Manila before I migrated to the U.S. last year. My blood is more Filipino than those who call themselves “pure” but have never set foot in the Philippines. I love my country and I’m proud of where I came from.)

Netizens were quick to rally behind Merritt. TV host Bianca Gonzalez wondered why there is a need to bash Meritt for not being “Pinay-looking enough.”

Wild.. are there really hate tweets towards proud Pinay Kelsey Merritt for not being "Pinay-looking enough" to "represent" Filipinos at the anticipated Victoria's Secret Fashion Show? Talaga, pati yun iba-bash?

“Kelsey Merritt having heavy eurocentric features doesn’t take away the fact that she actually identifies as Filipino and grew up in the Philippines,” said one netizen, Gabe Legaspi (@Gabe_Legaspi). “That’s a whole lot better than how Twitter forces brown Fil-Ams as the token Fil rep when they don’t know sh*t about Filipino culture.”

Some have added nuance to the issue, noting that it isn’t her ethnicity that is being argued about. Others emphasized that the issue was about colorism—prejudice against those with a darker skin tone.

“It doesn’t take away from that fact that she’s Filipino but we’re allowed to have critical discourse about colourism that leaves a majority of Filipinos discriminated against,” said Charm (@charmsing).

While they are happy for Merritt’s latest achievement, they also acknowledge that Eurocentric features have been favored in the media and in modeling whether abroad or in the Philippines.

filipinos don't always have to be brown, but they seldom are in popular media, so i think we're allowed to be both proud of kelsey merritt and underwhelmed as it further feeds this country's bias for models with eurocentric features

“Filipinos don’t always have to be brown, but they seldom are in popular media,” remarked 99.5 radio jock Renzo (@renzosaurus). “So I think we’re allowed to both be proud of Kelsey Merritt and underwhelmed as it further feeds this country’s bias for models with Eurocentric features.”

Filipino-Mexican model Justine Biticon, who was previously on “America’s Next Top Model”, also weighed in.

im so happy that theres finally a filipina girl walking VS but im even more excited for more to be walking especially more dark skin traditional looking filipina girls. we in this. we got this girls.

“I’m so happy that there’s finally a Filipina girl walking VS but I’m even more excited for more to be walking especially more [dark-skinned, traditional-looking] Filipina girls. We in this. We got this girls.” NVG