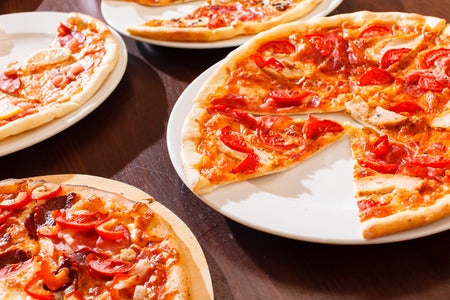 As if in the spirit of the saying “desperate times call for desperate measures,” a 24-year-old man in Belfast, Northern Ireland hid the fact that his neighbor has been dead for two years, proceeding to steal her bank card to pay for his bills and buy his day-to-day provisions. That included P420,000 worth of food from a pizza restaurant chain.

Robert Sharkey pleaded guilty to ten out of the 11 crimes he was charged with at Belfast Crown Court yesterday, Sept. 11 after the body of his neighbor, 68-year-old Marie Conlon was discovered, as reported by Belfast Telegraph on the same day. The only charge Sharkey denied was breaking into Conlon’s house and stealing her Bank of Ireland debit card.

Sharkey pleaded guilty to the charge preventing the lawful burial of a corpse between August 2015 and October 2017. While he claimed he did not steal Conlon’s Bank of Ireland debit card, he admitted that he had stolen her First Trust debit card.

He also confessed to six separate counts of fraud by false representation by means of his unauthorized use of Conlon’s First Trust debit card, the report said. Apparently, he used Conlon’s card to pay for his electricity and land bills. He also used the said card to buy his groceries from a local supermarket, mobile phone credit and food from Domino’s Pizza worth 5,988.39 pounds (around P422,000).

He also pleaded guilty to the other charges, including breaking into Conlon’s house and stealing batteries, tools and a coffee mug, as well as stealing her 100 pounds (about P7,000) cash.

Judge Geoffrey Miller Queen’s Counsel (QC) released him under a continuing bail but the suspect has to attend the upcoming Sept. 24 hearing on the charge he denied, the report stated. The charges he pleaded guilty to will be heard on Oct. 12. Kate Matriano/JB