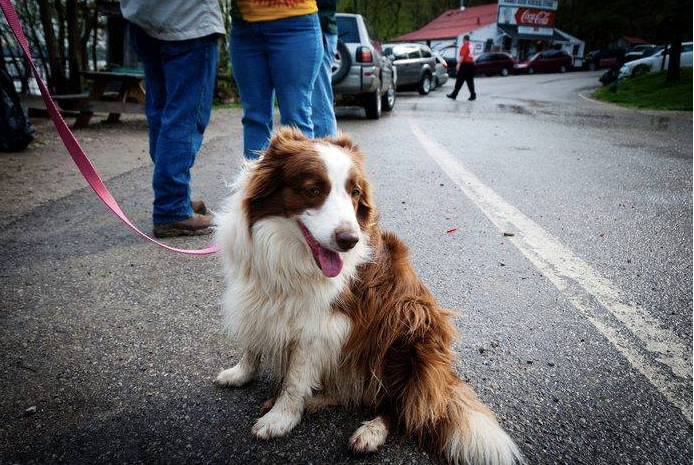 Dog who served as mayor of Kentucky town dies

A town in Kentucky is mourning the loss of a border collie dog named Lucy Lou, who served as the town’s third canine mayor.

Rabbit Hash, a town known for electing mayor dogs, is grieving over the canine who died on Monday, Sept. 10, aged 12 years old.

Lucy Lou’s owner, Bobbi Layne Kayser, wrote her a eulogy posted on Facebook Tuesday, Sept. 11. “I told her she wasn’t going to suffer anymore,” Kayser said to her beloved dog. “I also told her I promised to get that damn trespassing squirrel for her one day.”

Kayser remembers her dog as an “astounding canine who brought joy to many more people than just her immediate family.”

“I’m so proud to have known her and shared these short years on earth with her,” the owner said of her late dog. “Run free and easy, sweet girl.”

Lucy Lou served as the first female dog of Rabbit Hash, and held the position from November 2008 to November 2016. During her term, she attended numerous charity events and served as a representative for a women’s crisis center, The Cincinnati Enquirer reported.

The report also stated that at one point, Lucy Lou tried to run for the presidency.

“There’s no question that she’s the most thoroughly vetted candidate on the books,” Kayser said in the report. “Aside from a few fleas (she) has no skeletons in her closet, a few dog bones maybe, but no skeletons.” Katrina Hallare/JB