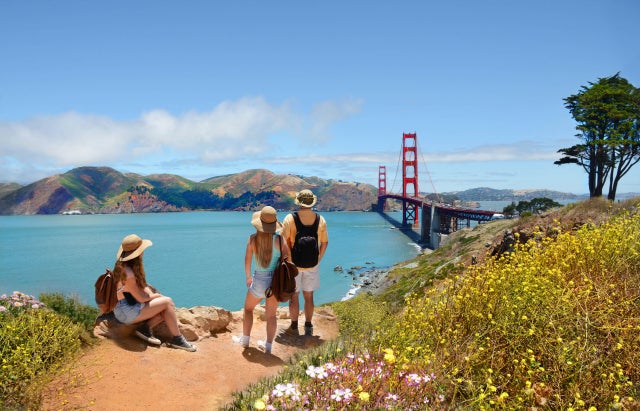 Spending by tourists visiting the United States inched higher in 2017, setting a new record and accounting for about a tenth of all US exports, the Commerce Department reported Wednesday.

Commerce Secretary Wilbur Ross said in a statement he expected the upward trend to continue in 2018.

According to the department, tourist dollars supported 1.2 million US jobs. Spending by tourists is counted as an export and receipts from foreign visitors accounted for nearly a third of all US services exports in 2017, the Commerce Department said.

Education-related travel accounted for nearly two third of all visits to America in 2017.

Overall, the volume of visitors rose 0.7 percent, with big jumps in US travel by South Koreans (up 17.8 percent), Brazilians (up 11 percent) and Argentinians (up 10 percent).

Data published by the Commerce Department showed that in the first half of 2018, tourists had spent $149.4 billion in the United States, up 2.7 percent over the same period last year, while Americans traveling abroad had spent $107.2 billion. AB