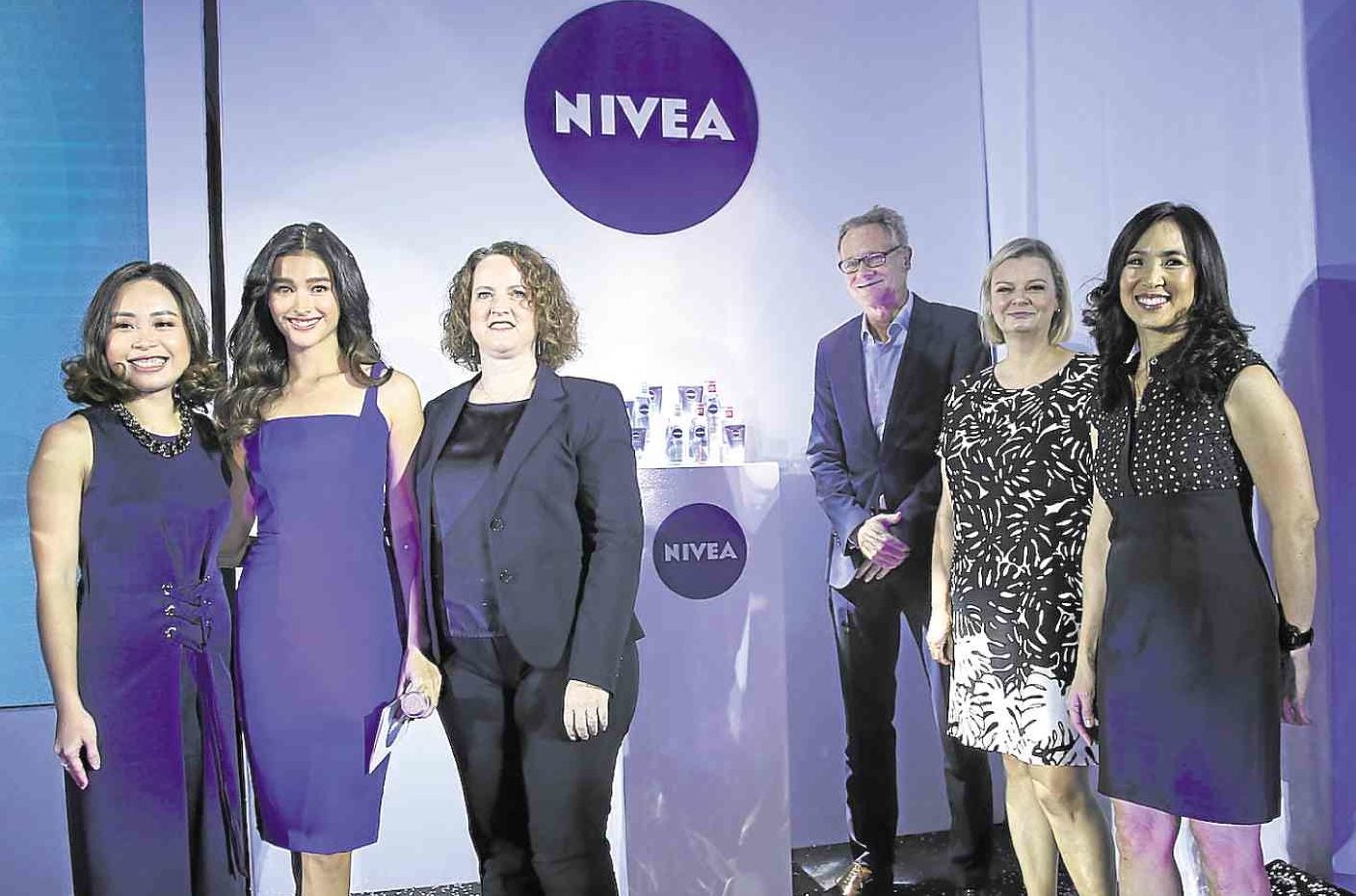 As soon as Filipino actress Liza Soberano wakes up in the morning, she takes a shower just to feel fresh and ready for the day, because she feels it not only wakes her up, but “wakes my skin up as well.”

Soberano says that her skincare routine in the morning involves first rinsing her face with the Nivea Whip Foam, then using the MicellAIR Cleanser as a kind of toner. Before sleeping, she makes it a point to wipe her face again with MicellAIR, removing all dirt and make up from her face, then following that up with the Whip Foam to ensure her face is cleansed by the end of the day.

Nivea Whip Foam is creamy and thick, even when you mix just a pea-sized amount  with water. It comes in either Acne Clear with Carnitine to regulate oil production while clearing the pores, or Extra White with Pearl and Licorice Extracts to naturally brighten the skintone. Just like the MicellAIR, it has 0 percent alcohol, and it not only removes the impurities from the skin, but also nourishes it at the same time, leaving the face feeling smooth after one use.

Nivea’s MicellAIR Cleanser has advanced micellar technology, which effectively cleanses without drying the skin out. It helps lift dirt, oil and difficult makeup without stripping out moisture. Containing moisturizing ingredients such as aloe vera, glycerin and other emollients, the cleanser helps make skin smooth and clear with just a swipe of a cotton pad.

Soberano  admits that her favorite from Nivea’s latest products would be the MicellAIR Cleanser, because she is always wearing makeup and usually struggles with removing it, especially on her eyes. She finds it very effective, and “gets the job done.” She noticed that it is not as harsh as her previous makeup removers that would either give her rashes or leave skin with a burning sensation.

The fact that it has zero alcohol makes this new product good to use on a daily basis for all skin types.

Soberano  recommends it to everyone: “It’s easy to use the MicellAIR cleanser because it’s like a 2-in-1; it removes your makeup and cleans your skin at the same time so you save a lot of time, especially if you’re on the go or have a busy lifestyle or schedule.”

She also notes how it protects the skin because it not only removes makeup, but also moisturizes, so skin doesn’t get rough or dry.

She herself gets dry skin, especially when she moves from one place to another.