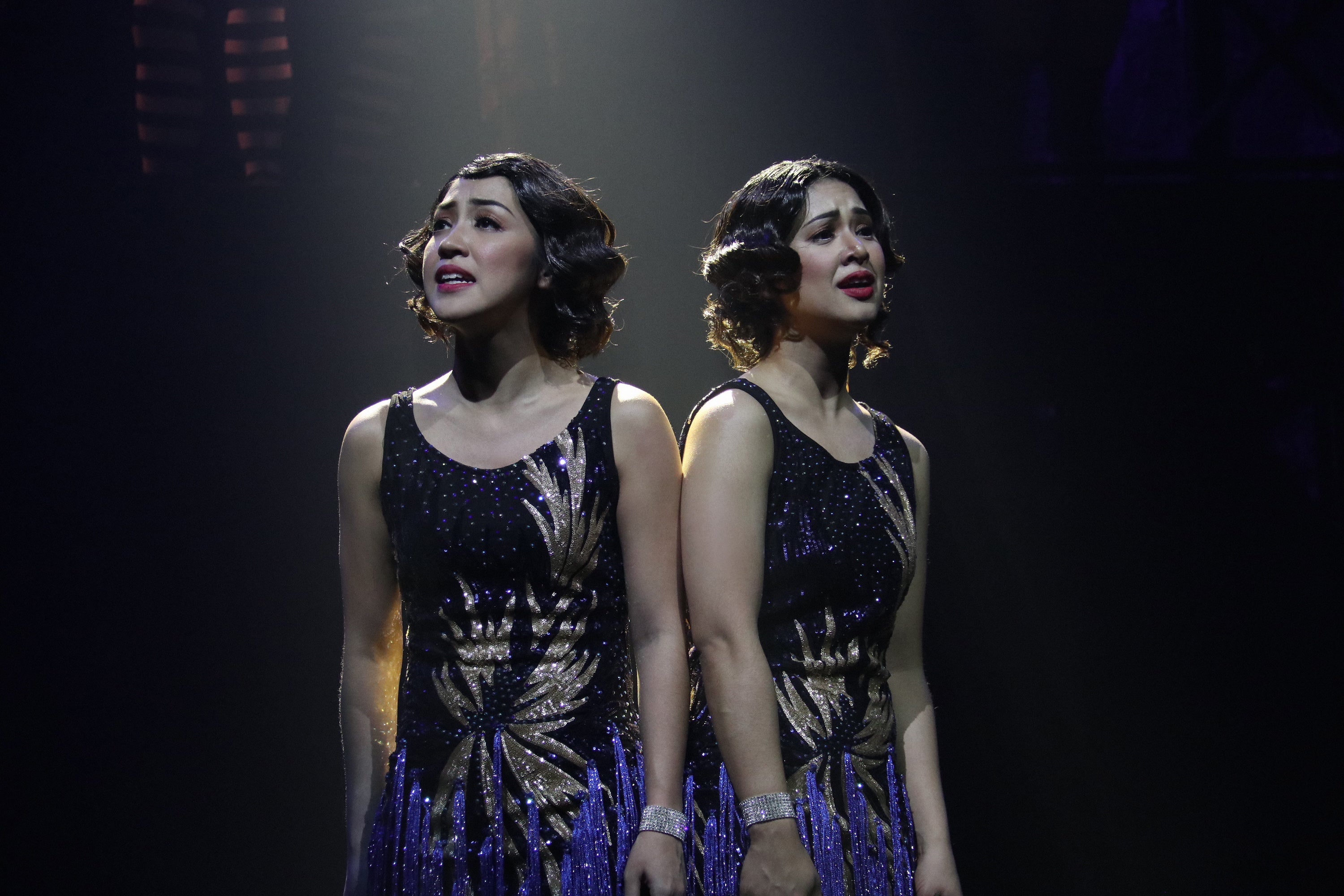 A radiant, resonant ‘Side Show’

Atlantis Theatrical’s production of the 1997 Broadway musical “Side Show,” which runs until Sept. 23 at RCBC Plaza’s Carlos P. Romulo Auditorium, is based on the true story of Daisy and Violet Hilton (Gab Pangilinan and Kayla Rivera, respectively), conjoined twins who were made to perform as freaks until the 1930s, when they found success on the vaudeville circuit.

But even then, the Hilton sisters had to contend with different monsters that threatened to tear them apart. Though one would expect “Side Show” to be oppressively dark, it sees beauty in its characters. The result is an old-fashioned spectacle of a production, featuring radiant performances and no shortage of emotionally resonant songs.

The immediate challenge that comes with staging such a musical is working with two actors who have to spend virtually the entire show joined at the hip. So, it’s a credit to director Steven Conde and choreographer Cecile Martinez that “Side Show” conveys so much through blocking alone.

The production is completely built around Daisy and Violet’s fixed orientation, which makes for several humorous and inventive musical numbers, as well as some poignant moments when the twins express conflicting emotions on their respective sides.

Later in the story, when a fantasy sequence sees one sister dancing on her own, the simple freedom of movement she displays becomes unexpectedly touching.

This is not to say that the musical simply objectifies the Hiltons and treats them as a spectacle in themselves. If anything, Daisy and Violet are two of the more fully rounded characters here. Theirs is a story of surviving abuse and rejection that doubles as a cautionary tale on the hazards of celebrity.

Interestingly, the Hilton sisters also become a prism through which the production’s male characters process their own insecurities. Talent scout Terry (Markki Stroem) and musician Buddy (David Ezra) come to terms with their lack of sincere relationships through their career with the twins.

Bodyguard and fellow “freak” Jake (Arman Ferrer) slowly accepts his own capacity for love, while ringmaster Sir (Wency Cornejo) becomes a reject of the industry as well.

But “Side Show” has difficulty in creating a meaningful connection through the rest of its “freak” characters. The musical tries, in a short time, to set them up as frightening, and then subverting that image, depicting them as a loving family. Unfortunately, there’s nothing that distinguishes these characters from each other, and Conde’s staging of the opening number (“Come Look at the Freaks”) is too stiff to make a significant impression.

There’s ultimately something contradictory about librettist Bill Russell’s script. It purports to champion the outcasts, but spends all its efforts only on the ones who might be deemed traditionally attractive.

However, if much of the ensemble has little to do from a character perspective, they, at least, get a wealth of spirited music to perform. Henry Krieger’s score takes appropriate inspiration from vaudeville and jazz, best seen in the powerful Act 1 standout, “The Devil You Know.” Other songs, like the heartfelt “Say Goodbye to the Side Show” and the yearning first-act finale “Who Will Love Me as I Am?” are more traditional Broadway anthems that aren’t any less effective.

But “Side Show” distinguishes itself in its searing male solos (“Private Conversation,” “You Should Be Loved”) and the sheer number of gorgeous duets and harmonies handed to the Hiltons.

For all the importance the production’s story places on looks, “Side Show,” thankfully, never relies on its set design or makeup to make its point. It depends entirely on its cast to convey something human beneath it all. Stroem and Ezra have salesman-like charisma to spare, dancing between sleaze and altruistic charm with ease.

And Pangilinan and Rivera emerge as true stars, their voices matched only by the tender chemistry they manage to cook up, despite being unable to face one another.

There’s innocence and defiance in their portrayals, emphasizing the strength of sisterhood and companionship in the face of a monstrous world.