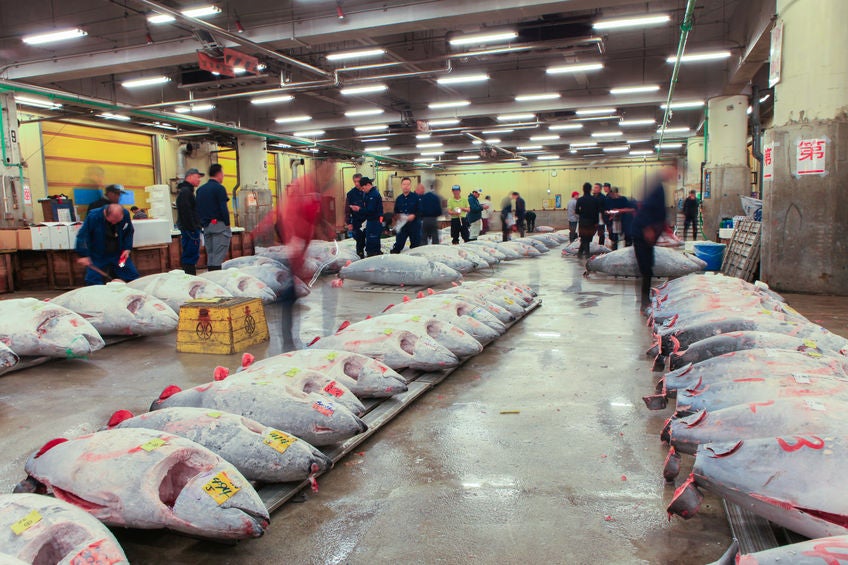 40797878 - famous tuna auction at tsukiji fish market. tsukiji is the biggest fish market in the world

The famous Tsukiji fish market opened its doors for public viewing of their tuna auction one last time before moving to the new location in Toyosu.

At 6 a.m. on Sept. 14, visitors were ushered in as the day’s tuna auction went underway. The 253 frozen tuna would be the last to go on auction at the 83-year-old market, reports Japan Times.

The first 120 visitors who came for the auction viewing were admitted for free. By 2 a.m. the market was already at full capacity, with visitors eagerly awaiting the start of the auction.

The world’s largest fish market was originally planned for a 2016 relocation to Toyosu. However, the plan was delayed due to contaminated soil found at the site, which used to be a gas plant. It’s relocation was spurred on by concerns on sanitation, earthquake proofing and fire safety for the aging facilities, as stated in the report.

At the new location, visitors can watch the tuna auction from a second-floor observation deck behind a glass wall once the market opens on Oct. 11. The old Tsukiji market allowed visitors to get closer to the action as they stand somewhere on the side of warehouse where the auction took place.

After the market makes its exodus to Toyosu, the old Tsukiji market site will be converted into a transportation hub in preparation for the 2020 Tokyo Olympics and Paralympics.

Once the Games concludes, the area will then undergo redevelopment.  Alfred Bayle /ra