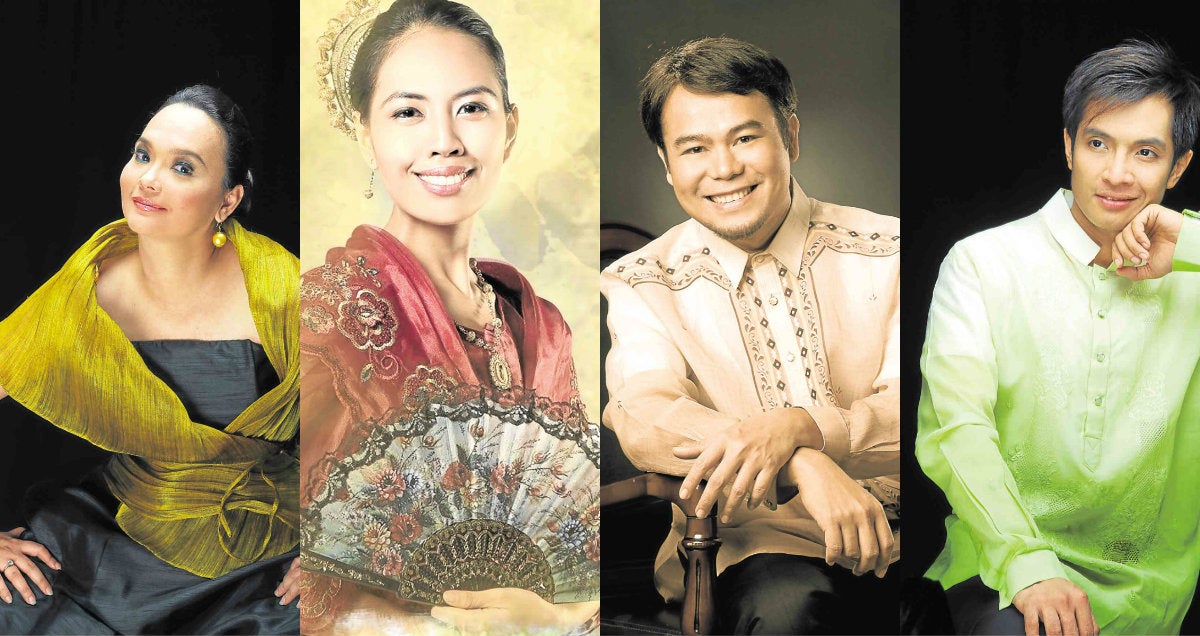 Philippine Opera Company (POC), headed by soprano Karla Gutierrez, celebrated the 10th anniversary of its landmark show “Harana,” with a cavalcade of songs and dances (Carlos P. Romulo Auditorium, RCBC Plaza, Makati City). It was a virtual cultural history of the country, from Cordillera and Maranao chants to songs of the masters, from Abelardo to Cuenco, capped by patriotic anthems.

Knowing POC, the patriotism was genuine—and quite moving, “We have forgotten how beautiful our country is,”  Gutierrez declared.

The “Banda Rito Banda Doon” Band and Orchestra Festival of the Cultural Center of the Philippines (CCP) under Herminigildo Ranera attracted over 700 young musicians with a gala concert, two symphonic band concerts, an open-air brass band exhibition, and a music fair. The participating groups came from various schools and communities in Metro Manila, Bulacan,  Rizal, Cavite, Laguna, Batangas and Cebu.

“The festival was on a grand scale since this was a national event,” Chris B. Millado, CCP vice president and artistic director raved.

Three of the plays extended the usual scope of the musical and showed the effects of martial law. The APO musical was filled with songs, joyful choreography by PJ Rebullida, and one-liners loved by the audience. In one scene, however, veteran actor Raul Montesa tugged at the heart with his carefully controlled grief at the death of his martyred son.

“El Bimbo” was an unusual musical; it began and ended with a dead body and dealt with gang rape. The first act was entertaining enough, but the second act was darker as the effects of the crime began to unravel. The gamble paid off, as both the APO and Eraserhead musicals proved to be commercial and critical hits.

Roeder Camañag’s Artist Playground broke new ground with “Gee-gee      at Waterina,” with Camañag himself playing against type as an aging, cross-dressing performer and his foil, Norman Peñaflorida, as a gay councilor of Pasay, matching him in every scene. Production numbers by Lezlie Dailison enlivened the show, and there were five macho dancers (with impressive credentials in real life) who morphed into dancing queens at the end.

Laugh-out funny but wistful at the end, the musical’s theme was if you’re gay “so what, that’s our golden motto.”

Delightful and informative were the words to describe” Journeys on Galleon” (CCP, National Commission for Culture and the Arts, and the Filipino Heritage Festival). It was a tribute to the late senator Edgardo Angara, author of a book on the Galleon trade, through music (Ateneo Chamber Singers), historical images, and dances (Philippine Ballet Theater and the University of the East Dance Troupe) with dazzling native costumes.

Timpalak Kundiman 2018 at the CCP, another project of NCCA, was a successful attempt to create new kundiman. The winners were: Rica Aquino and Khambille Ann Linsog for “Kundiman 2600,” sang by Ronan Ferrer; Anton Luis Villa and Stefanie Quintin For “Kabiyak,” sang by Lara Maigue; and April Merced-Misa and Vim Nadera for “Pag-ibig,” sang by Ivan Nery. –CONTRIBUTED