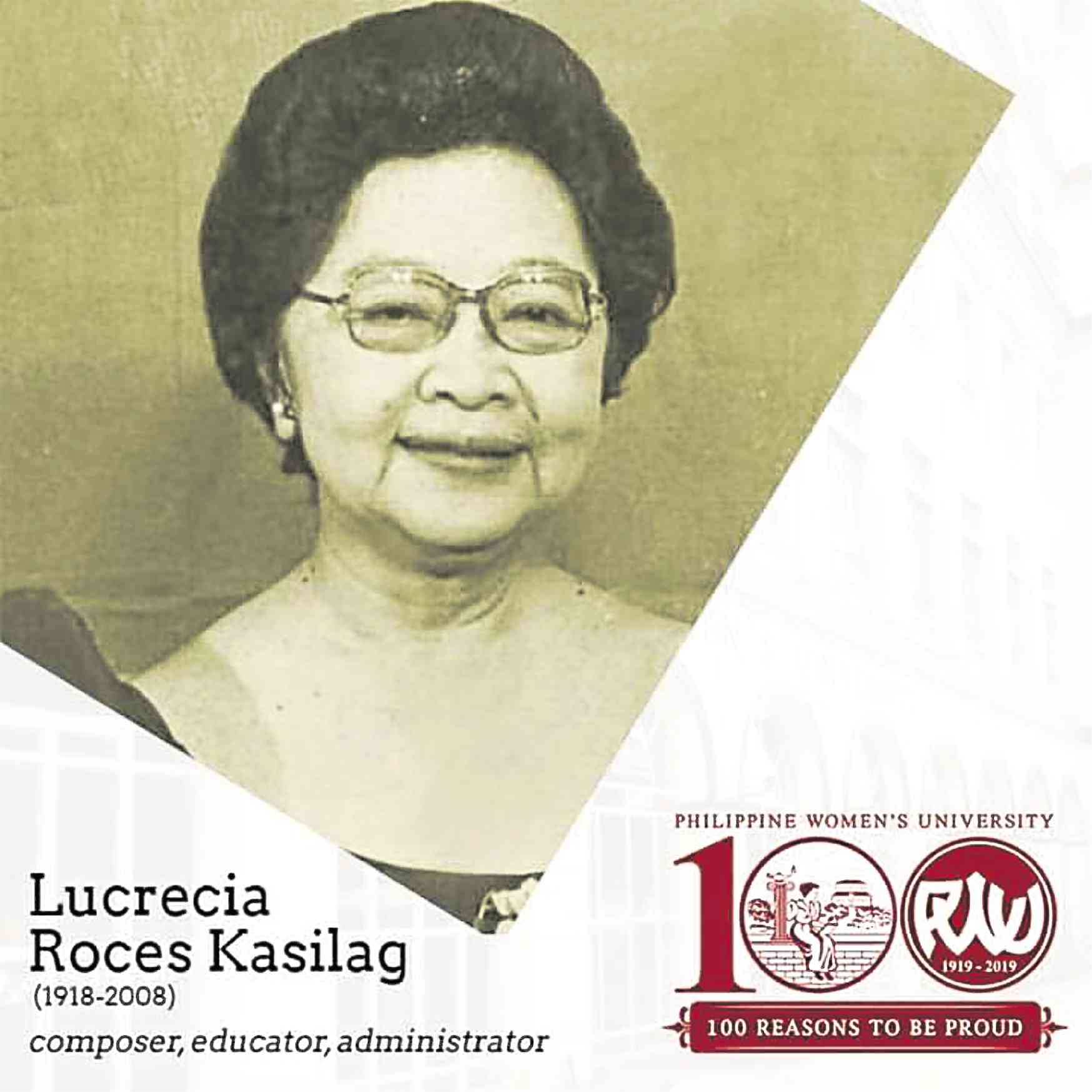 “Celebrating the King” is a year-long homage to National Artist Lucrecia R. Kasilag (2018-2008) on the occasion of birth centenary. It consists of concerts, exhibits and lectures.

The Philippine Women’s University (PWU) recently mounted a concert featuring an all-Kasilag progam at the Cultural Center of the Philippines. It features faculty, alumni and students of the PWU School of Music, where Kasilag used to be dean.

Born in La Union, Kasilag was a prolific composer, with  more than 300 compositions in various types. She was also a dynamic cultural administrator, researcher, writer, teacher and lecturer. She is best remembered as CCP’s president for 17 years, from 1969 to 1986. She was conferred the National Artist Award in 1989.

She earned her graduate degree from the Eastman School of Music in the United States where she studied theory and composition. She initially wrote in the conventional “classical romantic idiom,” but soon abandoned it in favor of  “modern” music.

She espoused a musical philosophy that advocated the blending of the great musical traditions of the East and the West cast in the modern style.  She thus called for a musical reorientation and advocated an “exposure to the beauty of our Asian cultural heritage.”

Tita King’s romantic orientation could be gleaned from her 1941 piano composition,  “April Morning.” The piece was based on the poem bearing the same title written by Angela Manalang Gloria.

Pianist Richelle Rivera, PWU music dean, played the piece, while Marvin Gayramon sang it  in a clear, baritone voice. Rivera played with elan, singing her tones, and brought out the quite ambiance of the piece.

Many years back, “Tita King” told this writer that in her early years at  PWU, she was immersed in the vocal studio of  Dean Felicing Tirona, and was among the latter’s “enlisted accompanist.”

Essentially a modernist, Tita King has articulated in her works the use of contemporary idiom expressive of the fusion of the musical horizons of East and West. For her, musically the Filipino is the child of the Eastern and the Western worlds.

To exclude one from the other is an obliteration of the other face of our culture—hence, the need for their creative fusion. –CONTRIBUTED