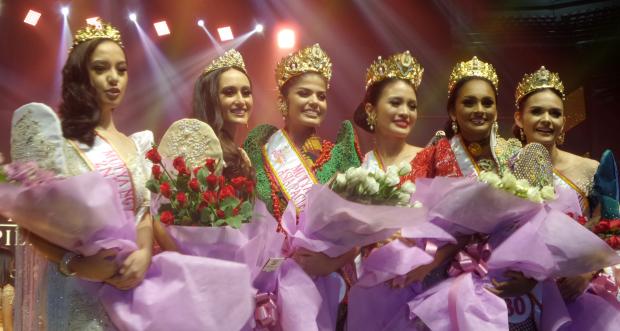 Four new flagbearers for the Philippines in global pageants were crowned in the 50th anniversary edition of the Mutya ng Pilipinas pageant staged at the Mall of Asia Arena in Pasay City on Sunday night.

She received her crown from last year’s winner, Ilene Astrid De Vera, who finished fifth in the global tilt.

Fernandez, a briadcast communication student from the University of the Philippines Diliman, will try to score another back-to-back victory for the Philippines and bag the country’s fifth crown in the Miss Tourism International pageant in Malaysia in December.

The four ladies were chosen from a field of 50 aspirants in the pageant’s golden anniversary edition.

They were also the first batch of queens to wear the new set of multimillion-peso perpetual crowns provided by jeweler Hoseki.

The Philippine Daily Inquirer is a media partner of the 2018 Mutya ng Pilipinas pageant. /atm