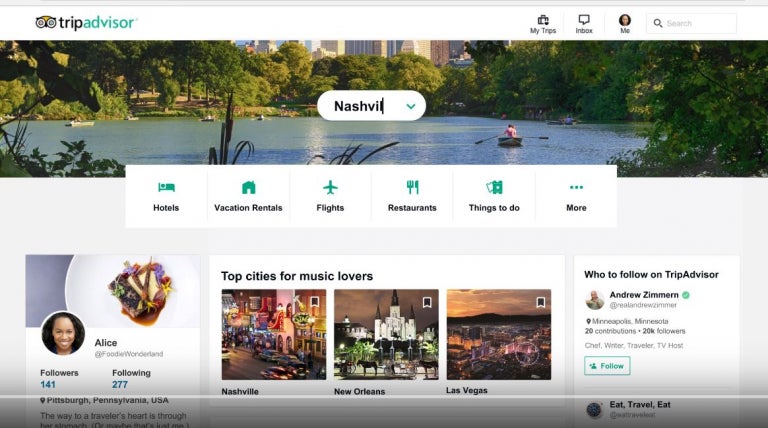 TripAdvisor is undergoing a major update that borrows from the pillars of Facebook, Instagram, Twitter and FourSquare to create a social media platform for travel and makes restaurant critics, travel experts and influencers of every user.

During a preview event in New York organized for press Monday, journalists learned about how TripAdvisor, the world’s largest crowd-sourced travel platform, will be evolving by the end of the year.

A demonstration of the new platform revealed that the new TripAdvisor will be optimized for mobile devices and take heavy cues from Instagram and Facebook.

Instead of existing mostly as a crowd-sourced review site, TripAdvisor has set out an ambitious strategy to transform itself into a social media platform for travelers. Users will be able to create personal profiles where they can post reviews, recommendations, photos and videos of hotels, restaurants, and attractions.

While this feature already exists, the update will amp up the social media aspect, with users able to follow friends, influencers and major travel brands.

The new platform is also being pitched as a space for content creation, for sharing content, and as a one-stop shop, where users can book their hotel directly from the site.

TripAdvisor is the latest travel booking site forced to re-strategize in the face of changing travel trends, new players and consumer habits.

Following bans in cities around the world, Airbnb introduced Trips, selling guided tours and activities hosted by locals in an attempt to become more of a comprehensive online travel agency and less exclusively an online booking site.

The new TripAdvisor is expected to roll out globally by the end of the year. JB