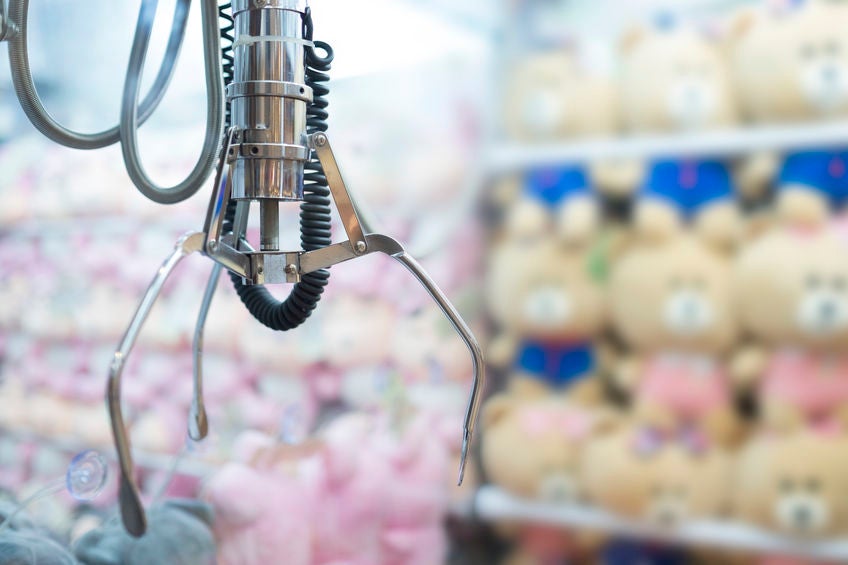 An arcade player accidentally “demolished” the inside of a UFO catcher game and ended up taking home eight prizes.

Japanese Twitter user “@superUFOcatcher” shared his unusual experience through a video tweet on Sept. 14, which has been viewed over 5.79 million times.

The clip showed @superUFOcatcher playing a crane game and tried to get an aluminum foil ball polishing art project kit. He managed to land the claw exactly where he needed, but he was not prepared for what happened next. As the claw started to rise, it got caught on the struts where the prize sat. The struts were connected to the prize shelf and as the claw continued to rise, the entire shelf got dislodged. Multiple prizes came crashing down into the prize slot afterwards.

Incidents such as these are often considered a malfunction so the prizes are forfeit. However, the arcade’s operator decided @superUFOcatcher earned his prize and so gave him all eight boxes of the polishing kit which fell into the slot, reports SoraNews24.

UFO catcher arcade machines are notoriously difficult to play and arcade goers would often spend a fair amount of money to get a prize. These can range from stuffed toys to expensive electronics. At the very least, @superUFOcatcher did not intend these things to happen, unlike a man in New Hampshire, USA, who had a toddler crawl in an arcade machine to steal a Nintendo Switch.  Alfred Bayle /ra