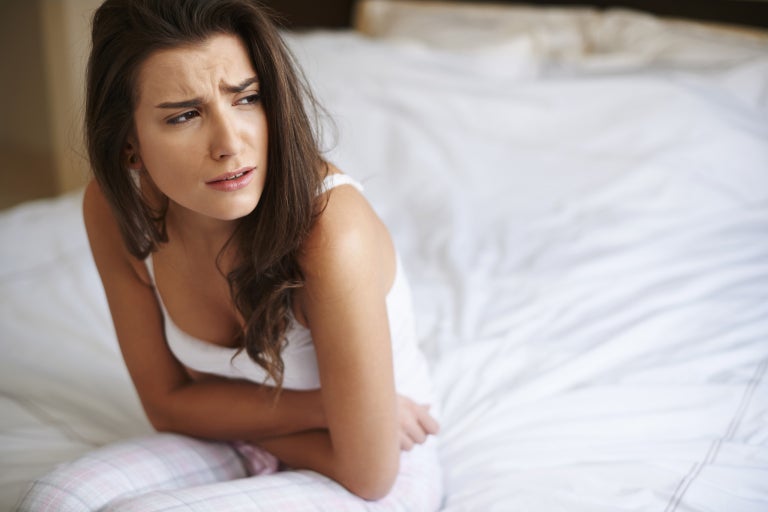 Carried out by researchers at Oxford University, the study was part of a long-term partnership with period-tracking app CLUE.

The team gathered data from 865 CLUE users who logged information on the app about their menstrual bleeding patterns, experience of pain and emotions, and their hormonal contraceptive use.

Users were also asked whether they had ever been diagnosed with an STI, and if so, when they received the diagnosed and if they were given any treatment.

The findings, published in the journal Evolution Medicine & Public Health, suggested that before being diagnosed, women with an STI such as Chlamydia, Herpes or HPV were more than twice as likely to report headaches, cramps and feelings of sadness towards the end of their cycle, and feeling more sensitive throughout the cycle.

The authors did note that the study had some limitations, including using self-reported data, and that the CLUE app is biased towards recording negative premenstrual symptoms.

However, as many STI infections go unnoticed due to a lack of symptoms — for example 70 percent of those diagnosed with Chlamydia are unware that they have it — the authors added that the results are significant and could help prevent additional health problems such as infertility.

“Even now, when I write a research application on PMS, I still think ‘will this be taken seriously?’ that needs to change. Not understanding or even acknowledging that PMS is more than “women’s raging hormones” but rather, the by-product of cyclical immunity makes it harder to identify diseases and can even delay diagnosis of infections such as STIs, which can affect women’s fertility,” commented lead author Dr. Alexandra Alvergne.

“Our research shows that by better understanding their period and menstrual cycle, women could potentially improve their health. If you know that severe PMS could be an indicator of an underlying STI, you are more likely to listen to your body.” JB

1.4 billion risk disease from lack of exercise – WHO