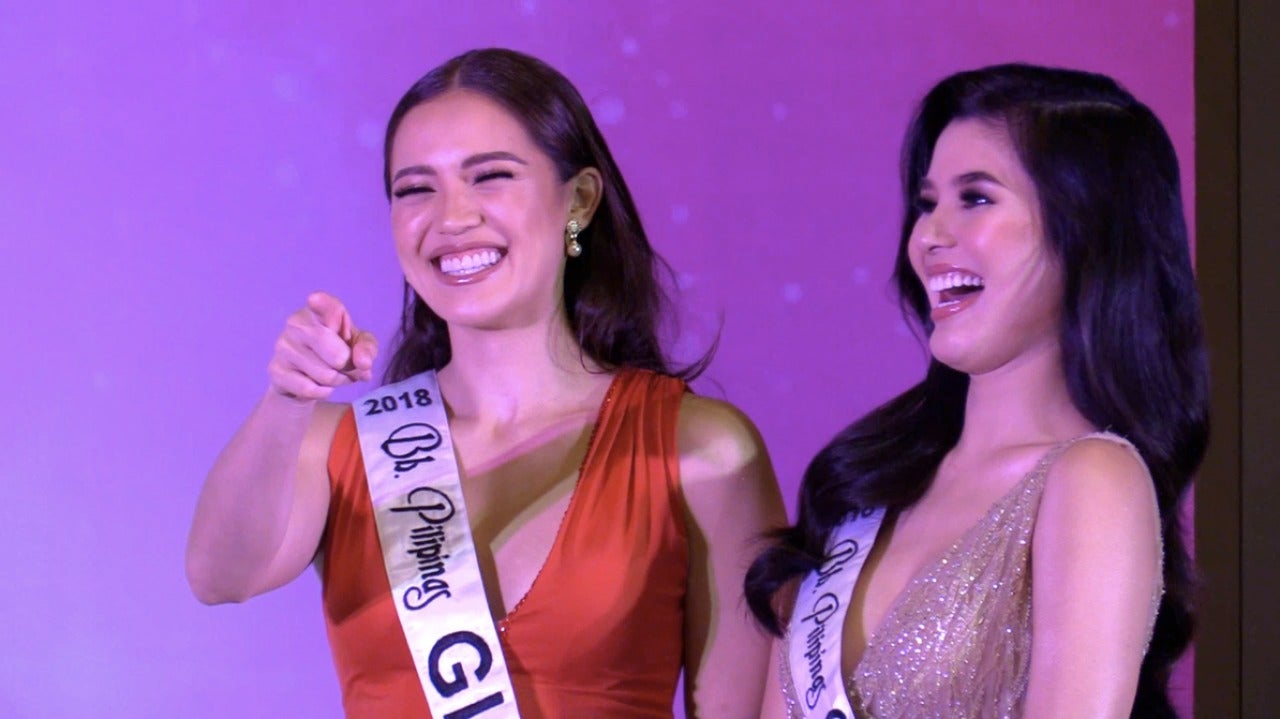 Beauty queens Michele Gumabao and Eva Patalinjug on Wednesday said they have dreams of becoming the country’s president to address issues in the country.

Binibining Pilipinas Globe 2018 winner Michele Gumabao said if she becomes president she wants to be the voice of the Filipino people and to heighten nationalism in the country.

“If we develop a stronger sense of nationalism in our country, I believe that everyone can work together [in] making our country better and being president, I think that is what we really have to work on because people have to be able to say that we are proud to be Filipinos,” Gumabao told the reporters during the send-off party held for them at the Novotel Araneta Center.

Patalinjug echoed Gumabao, saying she will finish law school to fulfill her dream of becoming president.

“In getting to becoming a president, I have to do it step by step and by that, finishing my law school and by making a difference and not just [being] beautiful or using my influence to win in a political area,” she said.

Gumabao will compete in the Miss Globe 2018 tilt while Patalinjug is vying for the Miss Grand International 2018 title. /ee