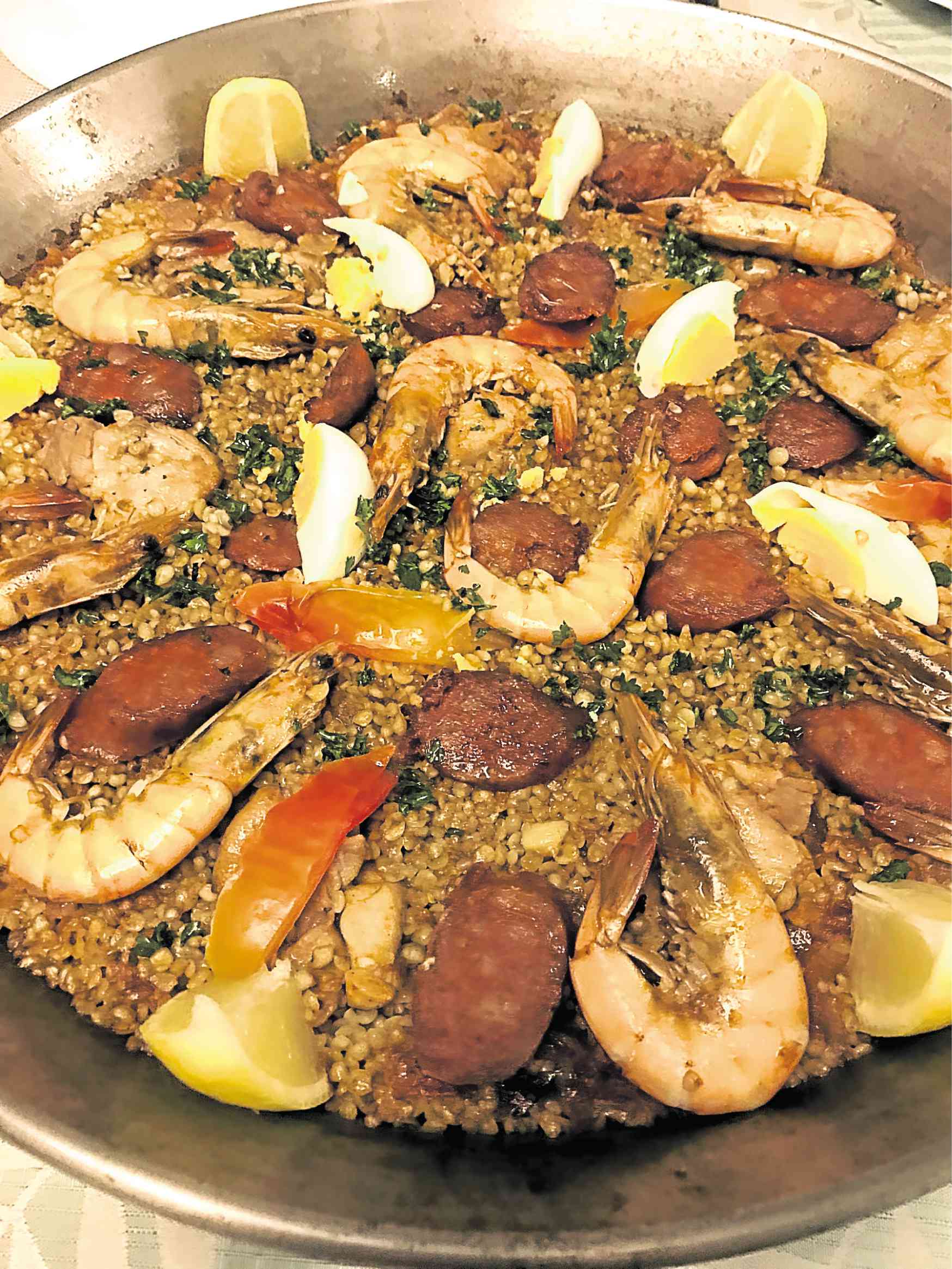 If I hadn’t known that it was adlai, I would have sworn that the paella we were eating was made with rice. The short, stubby grains looked similar to Arborio, the rice variety often used for cooking risotto (and which I sometimes use for making paella). Moreover, the paella was very tasty, the adlai grains having absorbed well the flavors of the spice mix that was added while the grains were simmering.

Adlai is the latest food craze among the health conscious. Indigenous to Southeast Asia, this ancient grain is grown in parts of Mindanao, Isabela, Batangas and the Bicol region. While being lower in carbohydrates than rice, it has a higher energy content, and thus keeps one feeling fuller longer. Diabetics will also be glad to know that adlai has a lower glycemic index than rice and is therefore less likely to spike up their glucose level.

The Mama Sita brand of cooking mixes recently came out with an Adlai Paella Kit.  The kit includes a 256-gram pack of adlai grains and a spice mix made with tomato powder, salt, annatto, yeast extract, cane sugar, garlic powder, paprika and onion powder. I cooked it last Sunday, adding a few favorite ingredients such as chorizo and parsley, and using beef stock instead of water.  The results were amazing.

The paella tasted different from the classic Spanish version, but in a good way. The grains were chewy, much like pasta cooked al dente, and therefore had a very intriguing texture. Because of their nature, the grains tasted somewhat nutty, and yet they exuded all the exotic flavors imbued upon them by the spice mix and the prawns, chicken and chorizo.

Somehow I think this paella is a metaphor for who we are. Like us, this paella has a Spanish influence and yet it’s still very Asian. While borrowing from the West, it retains much of the mysticism of the East. (Not to mention, the part about being somewhat nutty.)

The next time I cook for foreign friends, I think I’ll prepare for them Mama Sita’s Adlai Paella Kit. Perhaps the dish can explain to them, like no words can, what it means to be a Filipino.

Heat two tablespoons of the olive oil over low heat in a paellera or a large shallow skillet and sauté the sliced chorizo. Remove the chorizo from the pan and set them aside. Pour in the remaining two tablespoons of olive oil then add the chicken and sauté until partially cooked. Remove the chicken from the pan and set aside. Add the tomatoes and onions and sauté until tender. Stir in the garlic and continue sautéing for one to two minutes.

Wash the grains of the Mama Sita Adlai Paella Kit then drain them (set aside the spice mix that comes with the kit).  Distribute the grains evenly into the paellera. Pour in the water or the beef/chicken stock and sprinkle in the spice mix.  Turn up the heat to medium.

After about three minutes, add the prawns. Remove the prawns from the pan as soon as they’re fully cooked (when they turn orange) and set them aside. Add the partially cooked chicken. Cover the paellera with aluminum foil and let simmer over medium-low heat until the rice is almost tender and has absorbed almost all of the liquid, about 10 to 15 minutes.

Add the red or green bell pepper and continue simmering until the rice is cooked and has fully absorbed the liquid. Top with the chorizo, cooked prawns and egg slices.

Just before serving, mix together the parsley and olive oil.  Drizzle evenly over the paella.  Serve immediately with lemon wedges. Makes four to five servings.