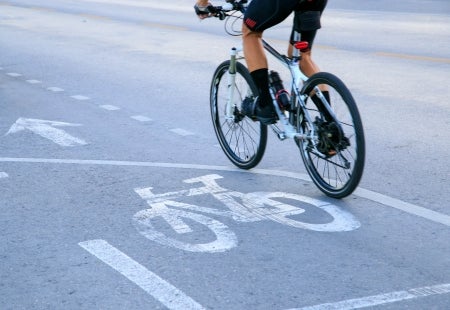 One man has spent the past decade on his bike just so he can see the world. The 71-year-old Xu Yukun of Nanyang, Henan province in China, took his lofty undertaking of traveling around the world back in 2007 when he turned 61. Today, he has been to 24 countries.

The idea struck Xu when, after his 61st birthday, his children told him he should take a rest from work. According to South China Morning Post last Sept. 18, Xu decided to see the world by bike instead of the conventional retirement and occasional travel every year.

Afraid that his family and children would disagree with his plan, Xu kept his bicycle and equipment at a friend’s house before finally taking the plunge. He only called his wife to tell her he had gone when he was already 100 kilometers away from home.

Unconventional as it may sound, Xu shared that seeing the world on his bike has always been a dream. “I’d wanted to do this since 1999,” he said in the report. “But my family held me back.”

Xu has marked off Mongolia, Russia, Cambodia, Thailand, Myanmar, Europe and Australia, among others, from the list of places he’s been. Now, he is raising funds so he can go to Africa, his next goal, and south and north America thereafter — trips that would require him 90,000 yuan (about $13,000), the report stated. Xu’s children has since stopped giving him pocket money upon realizing he wanted to travel across the globe.

“It seemed too costly to them,” Xu added. “I have so far covered half of the globe, but my children remain unsupportive of what I’m doing, although they aren’t stopping me from doing it either. They worry about me.” Cody Cepeda/JB