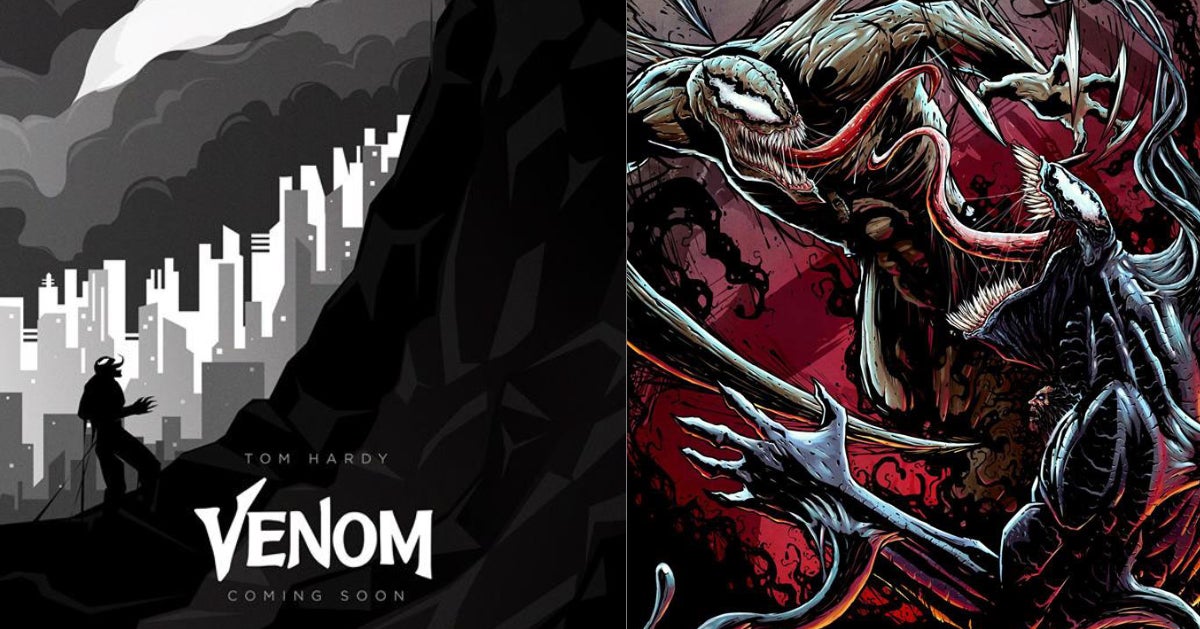 Filipino artists were among the select few whose works were handpicked by the team behind the upcoming movie “Venom”.

Talenthouse, an art networking site, announced yesterday, Sept. 19 that 10 artworks were handpicked from 3,600 submissions by the “Venom” team and star Tom Hardy himself under the Selected Artists category.

“A moment where Eddie Brock/Venom faces his enemy Carlton Drake/Riot who is also bound to an alien symbiote. A city background which forms Venom’s face,” Espina described his work.

“I’ve illustrated Venom in a minimal way (a shadow), as a metaphor of what he is, something like very dark (person’s dark side), aggressive, villainous, character,” Sumangil explained of his concept.

Dren Rivera illustrated a profile of Venom with the symbiote shooting out from around the borders and the words “We are Venom” at the center.

Gomez created a clever minimalist piece with a yellow background, seemingly conceptualized after a playing card.

Suratos’ art was done with Clip Studio Paint and features a clash between Venom and Riot.

“Been a fan of Spider-man, Venom and Carnage since a child so I made this art based on these iconic features of Venom based on [the] movie and the comics,” said Villafuerte, who took two weeks to create the digital vector art.

Millado’s work features a profile of Venom with Eddie’s head inside in sleek colors.

“Venom versus Riot. Inspired from the trailer. Depicting them in battle while the symbiote hosts are exposed. Instead of just simply shattering the symbiotes, I conceptualized them forming as mini symbiotes, just like antibodies,” said Becaro of his vibrant art.