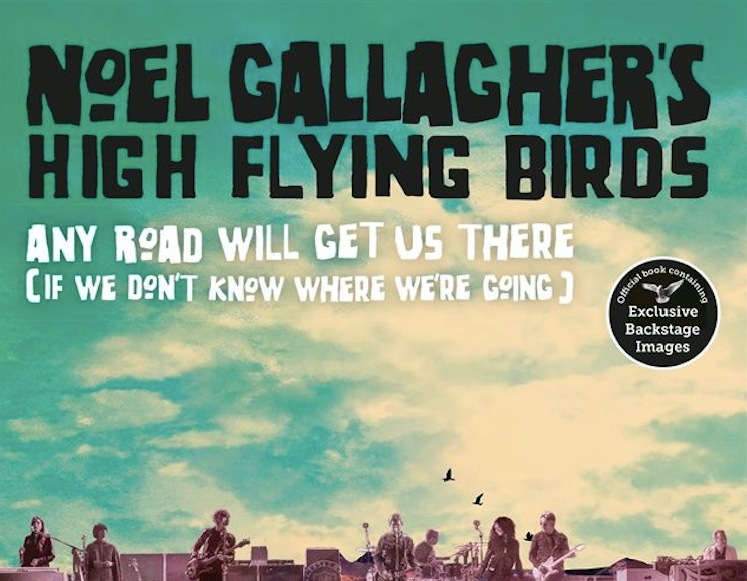 Noel Gallagher has announced he will be releasing a book titled “Any Road Will Get Us There (If We Don’t Know Where We’re Going)” that documents the biggest tour to date given by his band, Noel Gallagher’s High-Flying Birds.

At the focus will be the band’s Stranded On the Earth world tour, a year-long trek that included dates in the United States, Canada, the United KIngdom, Ireland, Europe and Southeast Asia.

Curated by Gallagher, the book will include hundreds of on- and off-stage pictures taken by Sharon Latham, former official photographer for Manchester City, along with words by journalist Hamish MacBain and candid interviews and anecdotes from the band and crew.

“Any Road Will Get Us There (If We Don’t Know Where We’re Going)”, which is Gallagher’s first book, is due out on Nov. 1. The book can be pre-ordered via Amazon.

A week before, on Oct. 23, an exclusive book Q&A will be held at Kings Place in London’s King’s Cross, hosted by The Times’ rock and pop critic Will Hodgkinson. Tickets are available at www.universe.com. JB