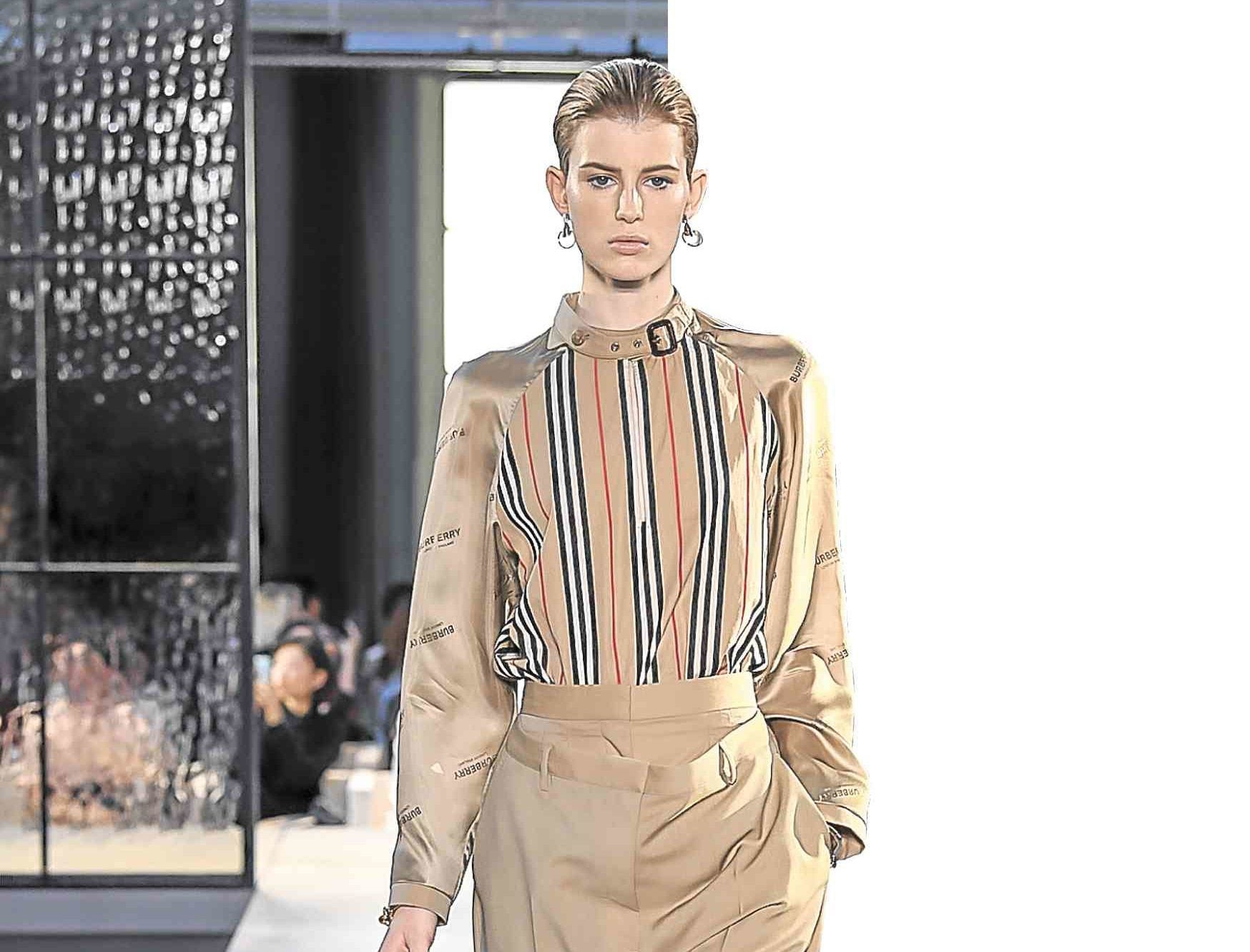 What happens when Givenchy’s Tisci gives Burberry a makeover

Early this year, I was excited to  hear that one of my favorite fashion designers, Riccardo Tisci, had been appointed as Burberry’s new creative director.

The Italian’s rebellious spirit fueled anticipation on what he would do with the 162-year-old British luxury fashion brand.

The immediate change was in the new Burberry logo. Graphic designer Peter Saville, given four weeks to do it, used a simple, minimalist font for the name.

Something different, too, was evident in Tisci’s Burberry debut collection. Deviating from his works at Givenchy, this time Tisci presented a type of chic along the tradition of Burberry, but without compromising his style.

It’s a massive collection with over 100 looks. I think Tisci didn’t want to leave anything out. He enhanced the label’s heritage with several interpretations of the trench coat.

In the first part of the show, he maintained a beige palette, which Tisci wouldn’t normally do.

But overall, this was a collection that didn’t want to completely change what Burberry stood for, but rather, celebrated it.

It was apparent in the way Tisci presented other looks in pink—a nod to the color said to be part of British history.

Burberry will be releasing a limited-edition collection with Vivienne Westwood of British punk and new wave fashion fame, and whom Tisci admires.

After womenswear in the debut collection showcased at this season’s London Fashion Week, Tisci presented menswear. I think this is where the designer truly shines. He knew how to make different influences look cohesive.

There was outerwear that borrowed from the aesthetics of a trench coat and polo ponchos.

Tisci created suits which were both edgy and refreshed with accessories.

Ah, yes, accessories—we have to talk about that. What’s new with Burberry is also seen in the accessories that came with the clothes.

There was a plethora of bag styles, as well as sunglasses in fresh silhouettes, umbrellas sheated like swords, pumps that have been taped up, passports used as necklaces, plus a slogan that asks, “Why did they kill Bambi?”

The changes we saw didn’t exactly connote a radical makeover of Burberry. What Tisci has done is show what happens when you go with the flow and accept change for all its wonderful benefits.