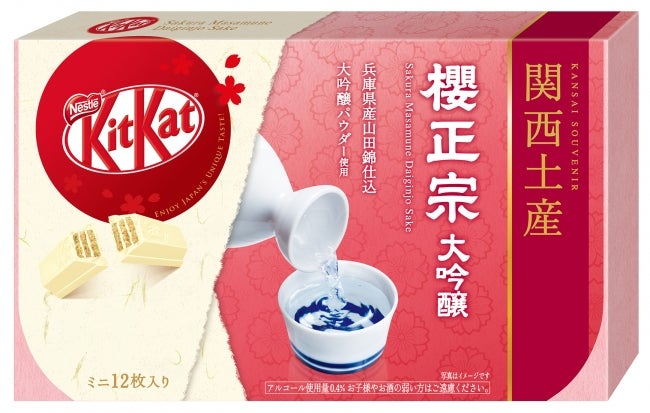 The Japanese Kit Kat flavor collection will add another sake-themed product and will be made in collaboration with one of Japan’s oldest sake breweries.

These new sake-flavored Kit Kat snacks will be infused with sake from Hyogo Prefecture’s Sakura Masamune brand. The brewery started making sake in 1625, when Japan was still ruled by shoguns. It would later become one of the most respected sake brewers still operating until today, according to a statement via SoraNews24.

The term “daiginjo” refers to one of the highest classifications of sake. It is also known as “nihonshu” in Japan. Daiginjo sake is made by polishing off at least 50 percent of the rice grain to reveal the flavorful core, which would go into the brew. As a point of reference, daiginjo sake by Sakura Masamune can go as much as 19,048 yen (about P9,000) per 1.8-liter bottle.

The Kit Kat Mini Nihonshu Sakura Masamune Daiginjo will be available starting Sept. 25 at souvenir shops in the Kansai region at 800 yen (around P385) for a 12-piece box .

Kit Kat’s previous premium sake-flavored chocolate snack was developed in partnership with Masuizumi, another of Japan’s top sake brewers. It debuted in mid-September 2017 for 756 yen (roughly P350) a box , around the same time the Sakura Masamune version will be released this year and at almost the same price.  Alfred Bayle /ra