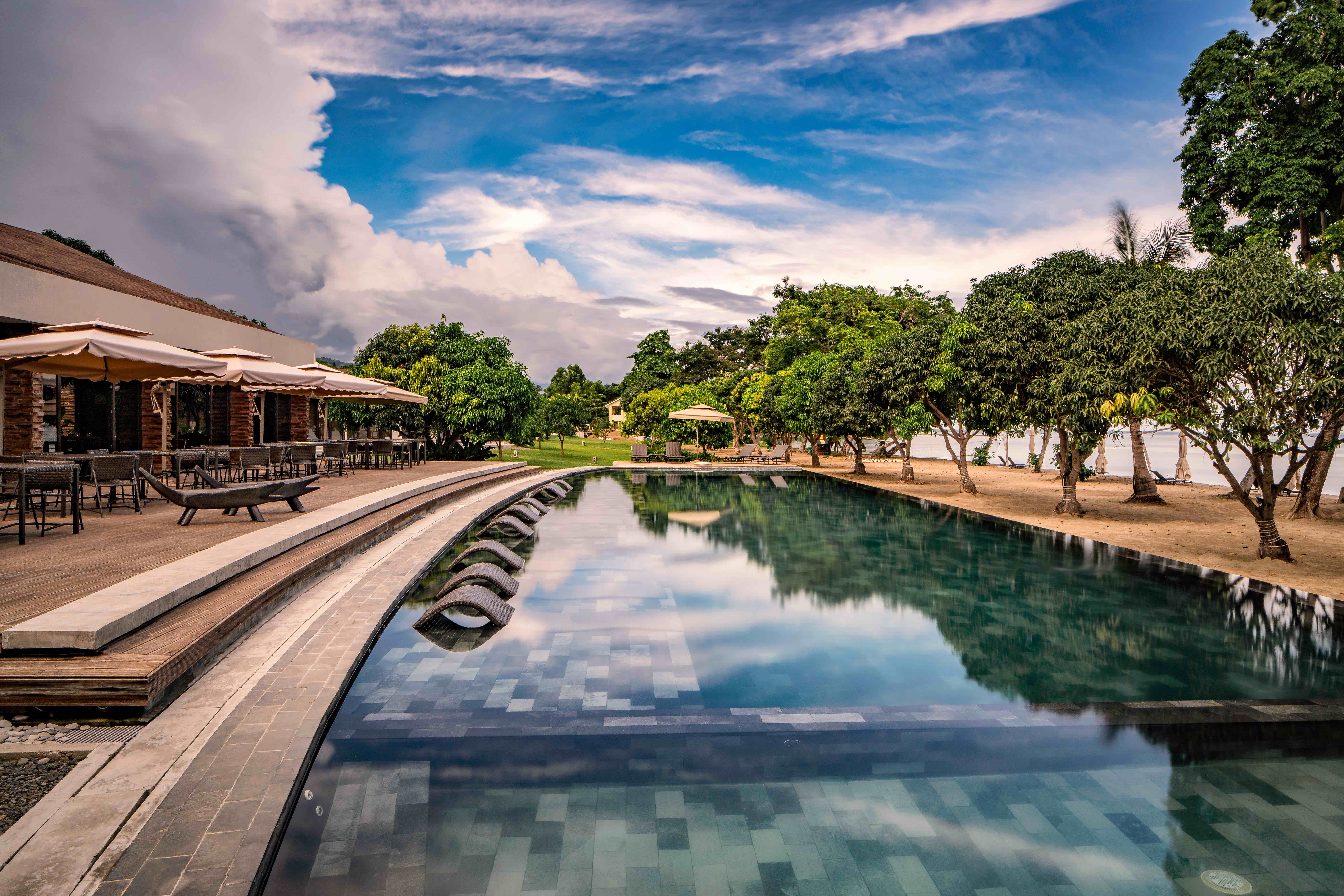 Private sanctuary: Guests can enjoy basking in the sunken lounges of the infinity pool at The Pod, which offers majestic views of the Sulu Sea.

Astoria Palawan is a resort strategically located midway between the popular tourist sites in the northern and western portions of the province, but conveniently within the city of Puerto Princesa. Originally an eight-hectare mango orchard fronting the Sulu Sea, it was transformed into a tranquil escape for urbanites and travel junkies.

Guests can use the hotel as a jump-off point to tick items off their Palawan bucket list.

Explore the Underground River on the western side of the island.

Head north to El Nido for island-hopping and snorkeling in saltwater lagoons.

Hop on to the northwestern side for Astoria Palawan’s curated Port Barton Tour.

Companies planning a company outing, seminar or workshop will find everything they need in the resort.

Amenities include the luxurious beach and pool area, a bar, restaurants, comfortable and beautifully designed rooms, and the eclectic ambiance of the common areas that make the resort a perfect base for most Palawan adventures.

The Palawan Waterpark, located next door from the Astoria hotel, features giant slides, a wave pool, a lazy river ride and splash pods. Guests billeted at the resort can avail of a free one-time entrance to the waterpark during their stay.

The Port Barton Tour includes island-hopping, snorkeling and sightseeing, plus a kayak ride amid fireflies.