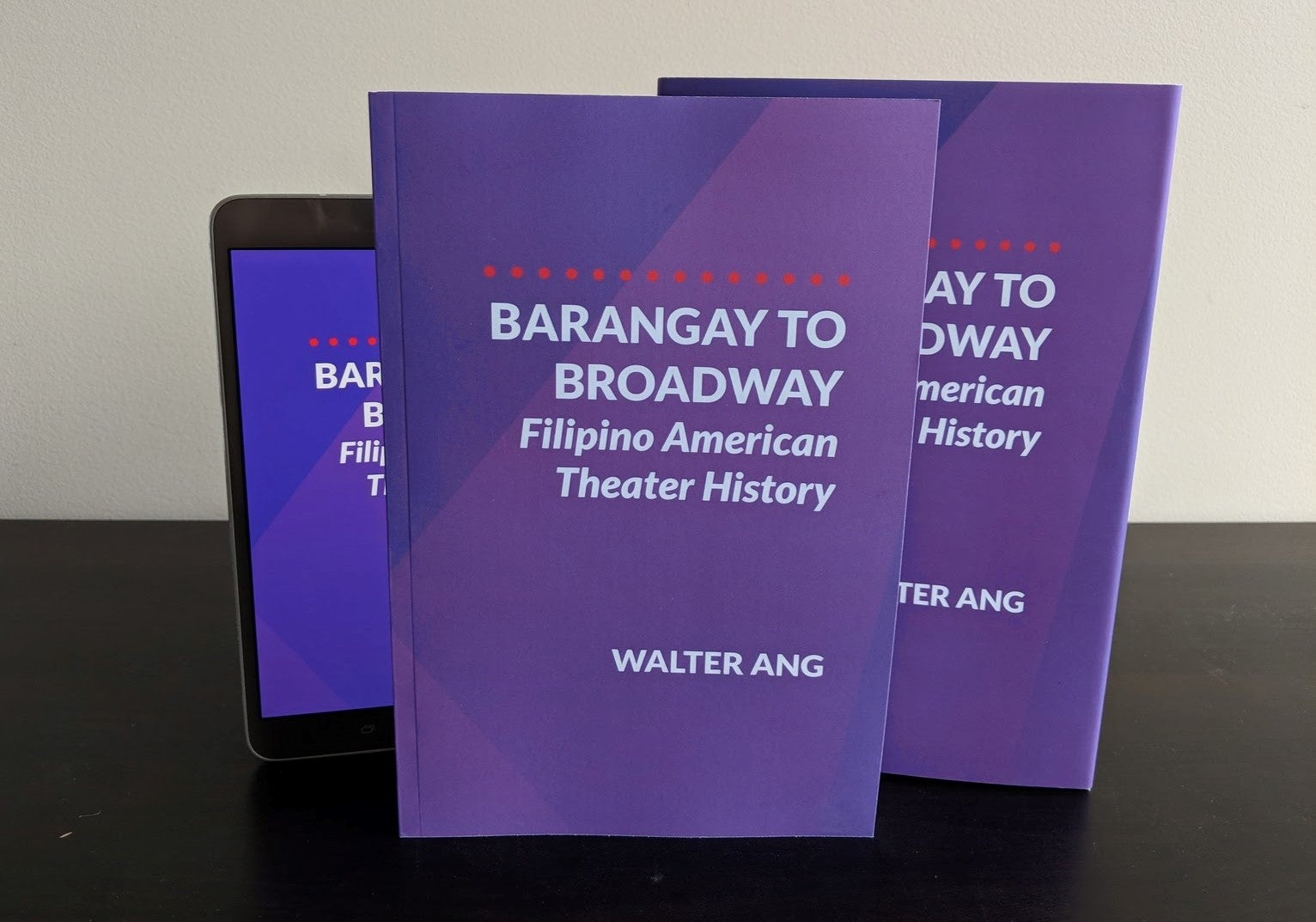 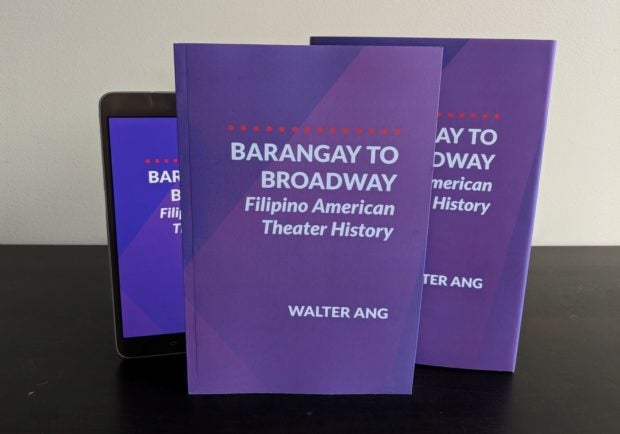 Lea Salonga and other Filipinos and Filipino-Americans who have made it big on Broadway, the theater capital of the United States, are featured in the new book “Barangay to Broadway: Filipino American Theater History.”

The book, written by Walter Ang, a longtime contributor to the Inquirer Theater section, details the history of Filipino-American theater groups and artists across the United States from the 1900s to the 2010s. It also features Tony Award winners such as US-born composer Robert Lopez (“Avenue Q” and “Book of Mormon”) and University of the Philippines alumnus Clint Ramos (Best Costume for “Eclipsed,” starring Lupita Nyong’o).

There is also information on the extensive Filipino contributions to the musical “Miss Saigon,” for which Salonga won the Tony Award for Best Actress in a Musical.

Salonga just finished her stint in “Once on This Island” with costumes designed by Ramos. Lopez most recently composed and wrote songs for “Disney’s Frozen.” Ali Ewoldt is in “The Phantom of the Opera,” Arielle Jacobs and Don Darryl Rivera are in “Disney’s Aladdin,” and set designer Robert Brill handled “Summer: The Donna Summer Musical.”

There are Fil-Am actors in touring productions: José Llana and Joan Almedilla in “The King and I,” Isa Briones in “Hamilton,” N’Jameh Camara in “The Color Purple,” Lissa de Guzman and Jay Paranada in “Disney’s Aladdin” and Emily Bautista and Christine Bunuan with visiting Filipino actor Red Concepcion in “Miss Saigon.”

“Fil-Ams have been performing on Broadway since the late 1940s; Barbara Luna was in ‘South Pacific,’ Neile Adams was in ‘Kismet’ and Patrick Adiarte was in ‘The King and I,’” writes Ang.

Published in the United States, the book includes some of Ang’s previously published articles, new interviews and additional research. It lists seminal Fil-Am theater groups such as Ating Tao and Sining Bayan, as well as Fil-Am artists who founded or were early members of pioneering Asian-American theater groups in the 1960s and 1970s in Seattle, New York and Los Angeles.

Trailblazing Filipino-American theater companies were also established in the 1980s and 1990s, such as Ma-Yi Theater in New York, CIRCA-Pintig in Chicago and Bindlestiff Studio in San Francisco.

“During those decades, Manila-based theater stalwarts such as Marie Eugenie Theater of the Assumption artistic director Ana Valdes-Lim and Cultural Center of the Philippines artistic director Chris Millado founded or helped found theater groups during their stints in the United States,” writes Ang.

“Hopefully, the book will be useful to Filipino-Americans and Filipinos, whether they be casual theatergoers, passionate theater fans, new or seasoned theater makers seeking information about the paths carved by their fellow artists, or parents and educators looking for resources to help younger generations become more aware of the rich heritage and artistic work that has been and continues to be created by our fellow Pinoys,” says Ang.

Ang was previously a juror of the Philstage Gawad Buhay, the award-giving body of Philstage, an alliance of professional performing arts organizations in the Philippines. He was also a fellow at the University of Santo Tomas Varsitarian-J. Elizalde Navarro National Arts and Humanities Criticism Writing Workshop.

“Barangay to Broadway: Filipino American Theater History” has hardcover, paperback and e-book editions, and is available at amazon.com.