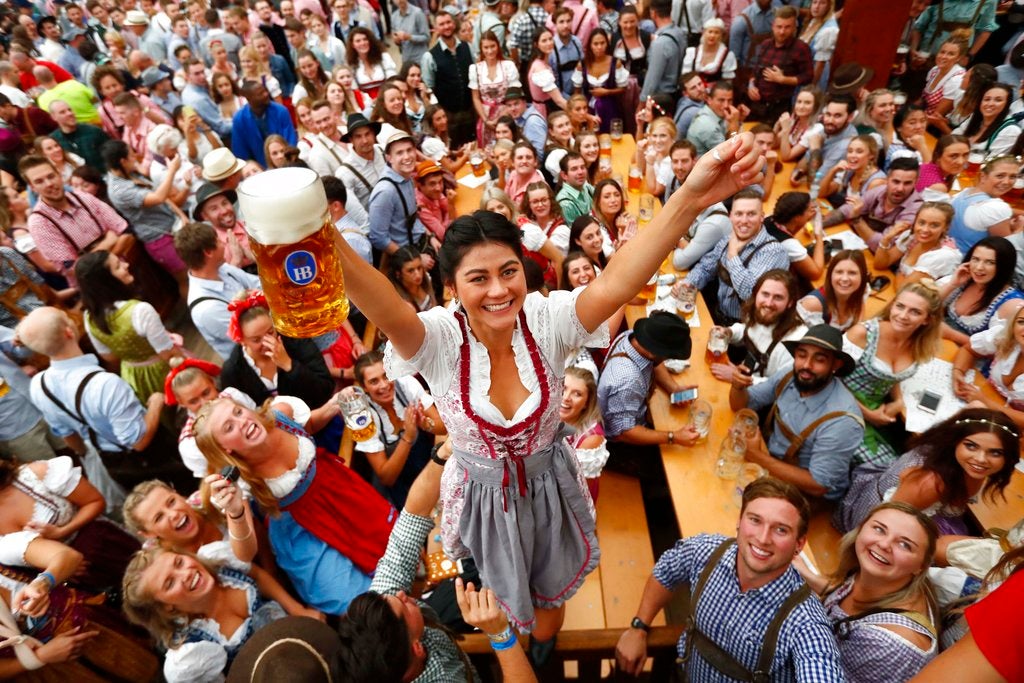 A young woman celebrates the opening of the 185th 'Oktoberfest' beer festival in Munich, Germany, Saturday, Sept. 22, 2018. The world's largest beer festival will be held from Sept. 22 until Oct. 7, 2018. (AP Photo/Matthias Schrader)

MUNICH (AP) — The first keg has been tapped and the beer is flowing as the 185th Oktoberfest gets underway in Munich.

Mayor Dieter Reiter inserted the tap in the first keg on Saturday with two blows of a hammer and the cry of “O’zapft is” — “it’s tapped.” As tradition demands, he handed the first mug to Bavarian governor Markus Soeder, who declared that “the Oktoberfest is perhaps Bavaria’s biggest and best calling card in the world.”

Around 6 million visitors are expected at the festival grounds in Munich before the Oktoberfest ends on Oct. 7. As in previous years, backpacks and large bags are banned for security reasons.

Hundreds of visitors, most of them wearing traditional lederhosen or dirndls, waited to be let in the festival grounds early Saturday morning ahead of the official keg-tapping at noon.

Some 600 police officers and hundreds of stewards will keep order at the fenced-off grounds over the 16 days of the event. NVG