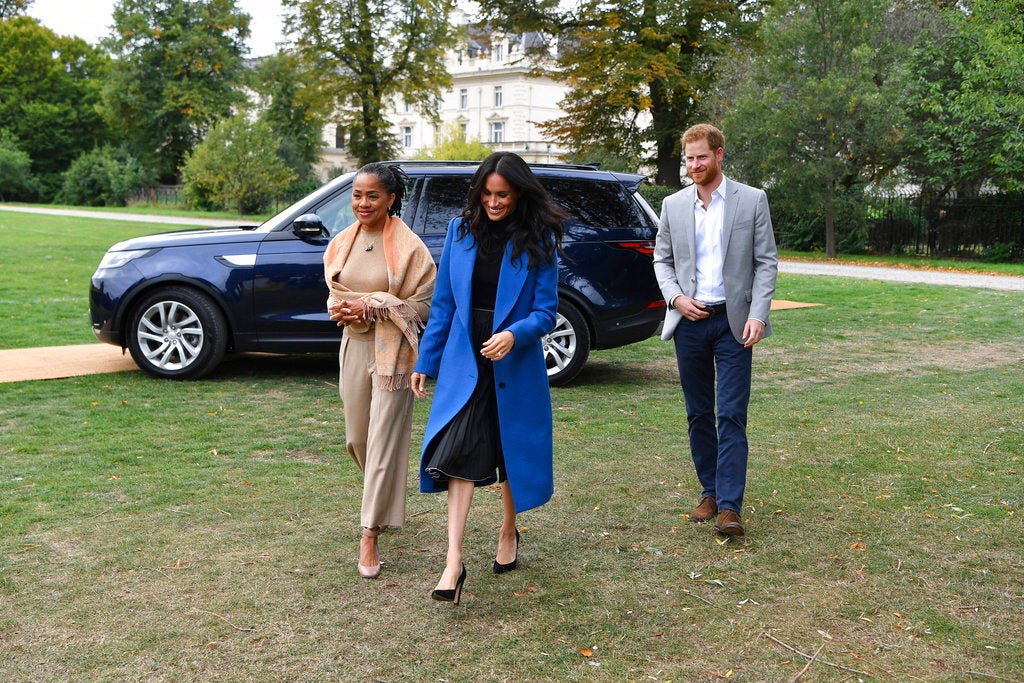 Meghan, the Duchess of Sussex, centre, accompanied by Britain's Prince Harry, the Duke of Sussex and her mother Doria Ragland walk to attend a reception at Kensington Palace, in London, Thursday Sept. 20, 2018. Markle was joined by her mother for the launch of a cookbook aimed at raising money for victims of the Grenfell fire. Markle, now the Duchess of Sussex, hosted the reception beside her mother, Doria Ragland, to support the cookbook called “Together.” (Ben Stansall/Pool Photo via AP)

LONDON (AP) — Meghan Markle was joined by her mother Thursday to launch a cookbook aimed at raising money for the victims of London’s Grenfell Tower fire.

The former actress from the United States, who married Prince Harry and is now the Duchess of Sussex, hosted the reception at Kensington Palace beside her mother, Doria Ragland, to support the cookbook titled “Together.”

The book celebrates the power of cooking to strengthen communities and bring people together.

Harry also attended the event. The book was inspired by Markle’s visit to the Hubb Community Kitchen in North Kensington, which could only open a few days a week for lack of funds.

The cookbook features recipes from women in the community who prepare food to help and heal. The dishes include coconut chicken curry, aubergine masala, caramelized plum upside-down cake and spiced mint tea.