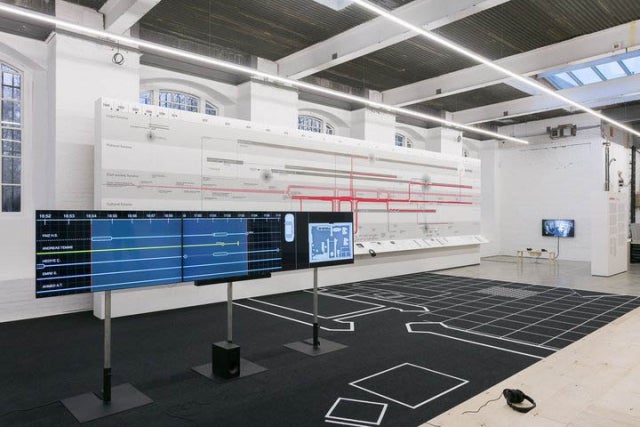 A turbulent global political environment has helped inspire the finalists in this year’s Turner Prize for contemporary art, which includes only video submissions for the first time.

The works shown at the Tate Britain gallery on Monday tackle themes such as immigration, racism and queer identity and are set in locations as varied as the Scottish countryside, the Negev region of southern Israel and the streets of urban America.

“I think the political nature of the show is a sign of the times and how artists can react to the context in which they’re making the works,” Elsa Coustou, a co-curator, told AFP.

She said the four artists were responding to “urgent questions” and opening themselves to other disciplines such as documentary film-making and journalism with their use of video.

Its submission investigates an Israeli police raid to clear an unrecognized Bedouin village in the Negev desert in which two people died.

The others include New Zealander Luke Willis Thompson, who made a black and white silent film portrait of Diamond Reynolds, a woman who live-streamed the immediate aftermath of her African American boyfriend’s death during a traffic stop in the United States.

Glasgow-based artist Charlotte Prodger was praised by jurors for “the nuanced way in which she deals with identity politics, particularly from a queer perspective”.

An exhibition of the shortlisted artists will open at Tate Britain in London on Tuesday and the winner will be announced in December. MKH

Our political and moral commitments